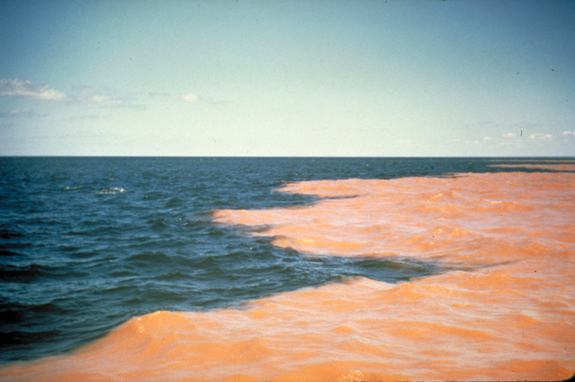 Several Congressional hearings have been held this year on climate science and potential policy actions such as  federal regulation of greenhouse gas emissions.

There are those in Congress who argue that regardless of whether or not they are convinced that human activity is leading to changes in the atmosphere, the United States  cannot afford to address it amidst a soaring budget deficit and high unemployment.

Given these economic concerns, numerous scientists have recently pointed out that addressing climate change and working to create jobs and fuel the economy are not mutually exclusive. One of those scientists is Dr. Knute Nadelhoffer, Director of the University of Michigan Biological Station in Pellston, MI in the center of the Great Lakes Basin.

In the latest edition of the Ecologist Goes to Washington podcast, Dr. Nadelhoffer discusses his experience testifying before a congressional committee. During the podcast, he also notes how previous attempts to address environmental challenges  led to new  jobs.

“The Clean Air Act created jobs. It created technologies,” he said. “It developed entrenprenuer enterprises that led to new products and improved our effeciencies, so I think the precedent is that we will create jobs” through the implementation of greenhouse gas regulations.

In his testimony before the House Energy and Commerce Energy and Power Subcommittee, Dr. Nadelhoffer outlined a series of economic impacts of climate change in the Great Lakes region, which are happening now.

“The economy of the eight states and Canadian provinces that surround the Great Lakes are the third or fourth largest in the world and in our region, we interact intimately with our natural resources to sustain our economy and our culture, so we pay close attention to what happens around us.”

Dr. Nadelhoffer went on to testify that the temperature of Lake Superior, the deepest and largest lake in the western hemisphere and second largest in the world, has risen by 4.5 degrees Farenheit in the past 30 years. He stated that increased flooding associated with climatic changes leads to increased amounts of sediment and fertilizers entering waterways, which are associated with toxic algae blooms that consume oxygen, kill fish, create aquatic dead zones and increase costs of water treatments. He also noted the significant infrastructure cost borne by storm systems that were built 50 years ago in cities bordering the Great Lakes such as South Haven, Michigan and Milwaukee, Wisconsin that are no longer able to cope with this increased flooding.

Dr. Nadelhoffer had been called to testify partly because of a letter to Michigan’s congressional delegation he helped spearhead.  In total, the letter had 178 signatures from scientists in prominent universities across the state, largely from the University of Michigan or Michigan State University.  The letter states that the attempts to block the Environmental Protection Agency’s ability to regulate greenhouse gas emissions would “put public health, agriculture, the environment and our economy at risk.”

The letter asserts that the new EPA rules will save consumers millions of dollars in gas costs, reduce oil consumption and will help to spur new automotive technologies that would provide substantial benefits to Michigan’s automotive industry. It also cites a recent study by the Public Economy Research Institute, which projects that the new clean air rules would create more than 62,300 construction, installation and professional jobs in Michigan over the next five years. The letter notes that one Michigan manufacturer, Dow Chemical Company, recently announced that it plans to “invest more than $1 billion in its wind, solar, and advanced‐battery manufacturing operations, creating more than 6,900 new jobs.”

As American historical precedent has demonstrated, through the industrial revolution at the turn of the last century and again during the internet boom of the late 20th century, lasting substantive economic development and job creation stems from investment in scientific innovations and technological advances that will foster the industries of the future and concurrently, pave the way for the new jobs of the 21st century.