The price tag of climate change 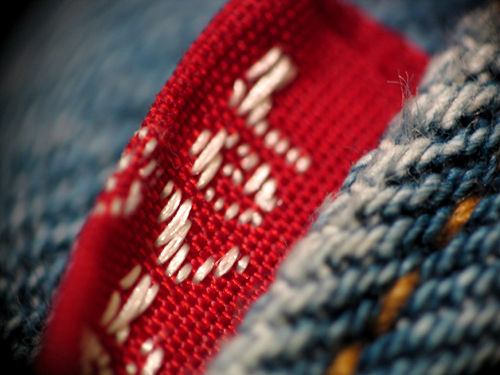 The House Select Committee on Energy Independence and Global Warming met one last time December 1, 2010 for a hearing entitled, “Not Going Away: America’s Energy Security, Jobs and Climate Challenges.” Committee Chairman Edward Markey described it as a “fitting title for issues that will be central to the health and survival of our planet and our economy for decades and centuries to follow.” The final hearing of the Committee, formed under the direction of House Speaker Nancy Pelosi in early 2007, consisted of testimony both familiar and unique to the ongoing debate over the direction of climate policy.

Peter Glieck, co-founder and director of the Pacific Institute for Studies in Development, Environment and Security, offered testimony similar to the arguments made by a majority of climate scientists: Overwhelming scientific evidence strongly shows that “emissions of greenhouse gases from human activities not only will change the climate, but are already changing the climate.” Glieck noted that many effects of climate change are already beginning to appear, “ranging from sea level rise to changing water availability to altered crop production to human health effects from heat and spreading tropical diseases” as the prevalence of mosquitoes and other vector bugs increase and migrate to warmer locales.

Kenneth P. Green, resident scholar at the American Enterprise Institute, testified in opposition to government efforts to regulate carbon emissions, such as the cap and trade bill, asserting that it is “critical for America that we shift our focus from mitigation of greenhouse gas emissions toward an agenda of building energy and climate resilience.” Green argued that the government should encourage residents to move away from climatic “risk-taking” areas that are more prone to droughts and flooding, such as New Orleans.

Perhaps the most unique testimony came from Richard L. Kauffman, Chairman of the Board for Levi Strauss & Co. Kauffman noted the effects that extreme weather, such as drought and flooding, have on the textiles and manufacturing aspects of the business:

“Levi Strauss manufactures our products in more than 45 countries, many of which are in the developing world that are expected to bear the risks of water shortage, such as in India and Nicaragua, disease such as in Cambodia and flooding and salt water intrusion, such as Bangladesh and Vietnam.” Kauffman also mentioned “to the degree that other countries see the U.S. as being resistant to the science of climate change and as wasteful of natural resources, our brand is at risk.”

Kauffman noted the effect of changing weather patterns on crop availability, quantity and pricing: A critical aspect to his company as cotton makes up more than 95 percent of Levi products. He also cited that his company could potentially save over $600,000 per year through investing in renewable energy with a current goal to reduce its energy consumption by 11 percent from 2007 to 2011. Kauffman noted that this goal has been hampered by unpredictable “stop-start” government policy, citing a failure to enact comprehensive climate and energy legislation and uncertainty over whether certain renewable energy tax credits will be extended.

However, as Kauffman later pointed out, the effects of climate change are hardly limited to overseas. The U.S. Securities and Exchange Commission (SEC), tasked with making sure that investors are aware of an investment’s risks, recently issued a guidance for the first time on record; SEC noted that climate change will have a sizeable impact on some businesses’ profits. In the U.S., increases in droughts due to climate change can have consequences such as a drop in crop yields for farmers, water price increases, loss in hydropower revenue as well as businesses moving to areas with greater water availability, taking countless job opportunities with them.

In February 2009, the University of Oregon (UO) issued a report authored by a team of university and private economists from Oregon, Washington and several other states, detailing the economic costs of climate change in Washington state. According to the report, projections for climate-related changes in temperature and precipitation suggest that, relative to the 20th century, wildfires in Washington will burn 50 percent more acreage per year by 2020, resulting in a projected loss of an extra $84 million in the state of Washington alone.

The report noted that the cumulative economic impacts tend to be greater than the sum of obvious individual industries due to their economic interdependency. Consequently, as one industry declines, another may follow.

Additionally, scientists have noted that climate change has played a role in the increase of extreme weather patterns, attributable to melting polar ice caps, which consequently cause a rise in sea levels, raising the potential for increased flooding in coastal areas. The Pew Center on Global Climate Change (PCGCC) also notes that “because hurricanes draw strength from heat in ocean surface waters, warming the water should generate more powerful hurricanes, on average.” According to PCGCC, “although we cannot be certain global warming intensified Katrina per se, it clearly has created circumstances under which powerful storms are more likely to occur at this point in history (and in the future) than they were in the past.”  The Federal Emergency Management Agency (FEMA) reports that, as of September 2010, the agency had obligated approximately $9.9 billion in public assistance funding in response to the Katrina disaster. Ergo, climate change very well has the potential to lead to increased investments of billions of dollars in response to natural disasters in the U.S. and around the world, if left unabated. Rising sea levels will also lead to the costly re-alignment of current infrastructural investments in shoreline protection nationwide, according to the UO report.

Given current economic conditions and the growing desire among policymakers to prioritize spending and fiscal initiatives, highlighting the financial impacts of climate change will be a critical part of advancing policy to mitigate its impacts in the coming years.