Patterns in the climate change mosaic 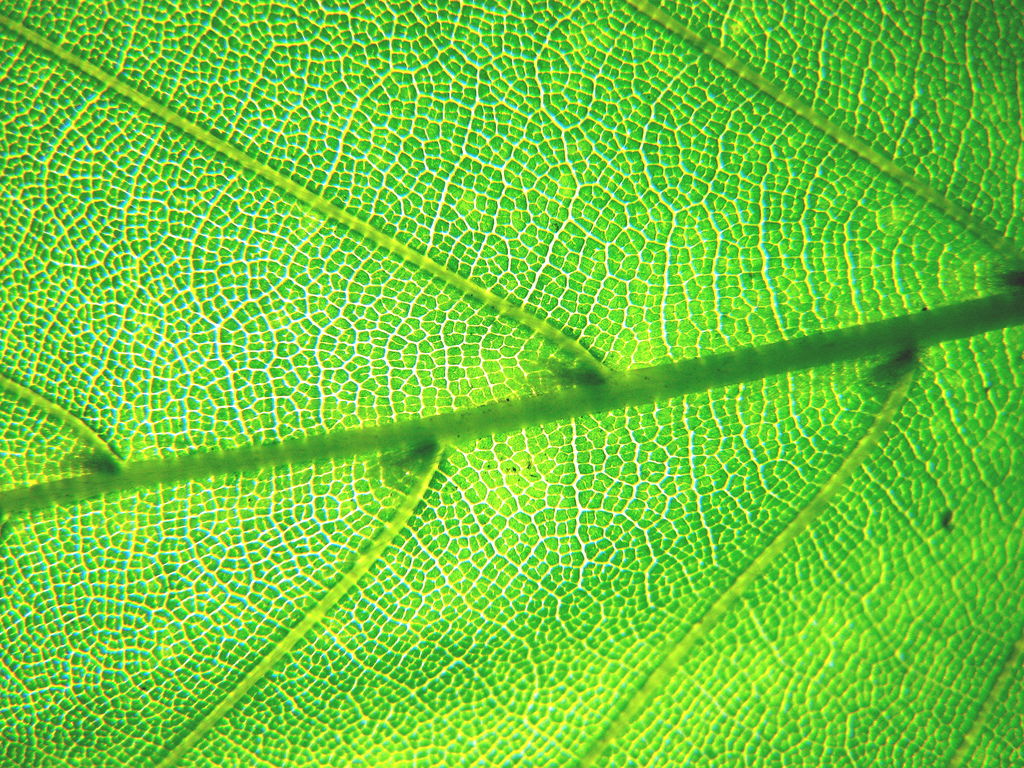 Finding patterns and trends in the environment is an important natural human tendency. Without trends, for instance, Darwin may never have theorized about evolution. But the somewhat controversial question, especially now in the face of climate change, is “what do trends explain about the world?” Or a more specific example: do studies showing elevated global temperatures and sea level rise prove that one caused the other?

There is a popular sample problem presented to statistics students to explain a fundamentally comparable question. By mapping the data on ice cream sales and drowning rates between the months of June and August, a positive correlation forms—that is, as the number of ice cream cone sales increase, so do the number of deaths caused by drowning. Does this mean that ice cream caused drowning? Not likely. It is more logical to assume that there are other factors at play, such as the summertime season when both events occur more frequently.

If data on sea level rise and global temperatures were compared side by side on one chart, the results might be reminiscent of the ice cream cone example: as global temperatures rise, so does sea level. This would leave room for speculating about other factors, such as increased atmospheric carbon dioxide or sunspot activity.

However, one of the things that separates climate change research from the ice cream cone example is the recurring trends. When specific evidence from around the globe over thousands of years is examined, the patterns in data make a much stronger argument for causation than a single study examining only two factors.

In other words, combining a plethora of long term research—designed specifically to watch trends in ecosystems like the rainforest or activities such as land use—paints a more complete picture of the issue by including a majority of the factors involved. This combined, long term outlook is critical in understanding the complexities of global climate change, according to Steve Running from the University of Montana.

“Global monitoring of policy-relevant attributes of the biosphere is now possible,” said Running, “and the trends emerging should be a wakeup call for humanity.”

Running, the Scientific Plenary speaker at the Ecological Society of America’s Annual Meeting last month, discussed how data compiled from around the globe was used to map trends in ecosystem services, pin down decades of land use changes and was combined into a mosaic of evidence of global climatic change. In the below slide from Running’s talk, for instance, researchers combined four main metrics examining global changes: temperature, carbon dioxide levels, sea level and Arctic sea ice loss. 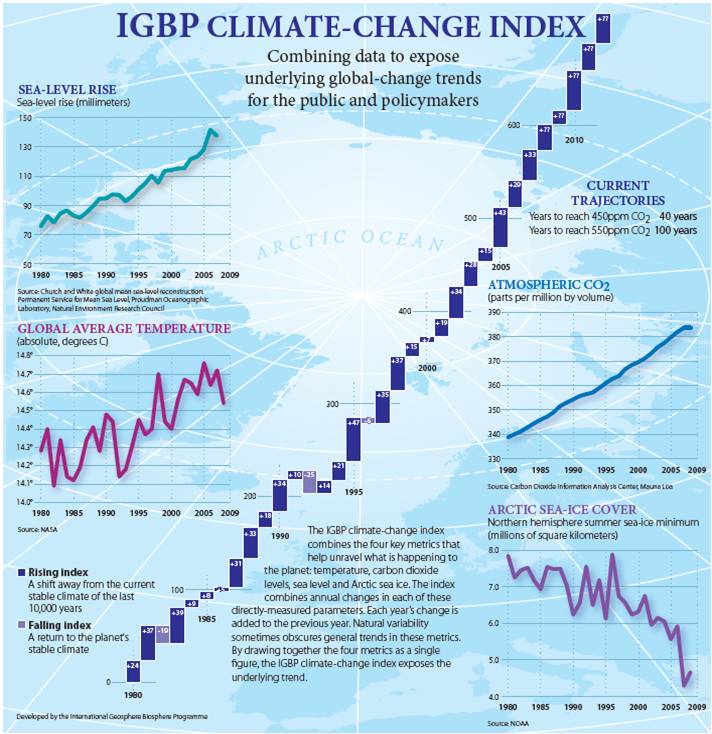 Running, who was a lead author on a chapter of the Intergovernmental Panel on Climate Change 4th Assessment, also addressed additional factors that are likely contributing to these rises. For example, he compared forest cover loss from 2000 to 2005 across biomes and continents, showing that North America leads with approximately 300,000 km2 of forest cover loss in five years. And as a follow-up he even examined ten years of forest fires worldwide and the impacts of spruce, mountain pine and pinyon ips beetles on forest health.

Combining these data and weighing the potential impacts of other variables, offered Running, can provide enough evidence to make informed decisions: “Our ecological understanding is not perfect, but it is clearly sufficient to inform important policies about sustainable management of the global carbon cycle,” he said.

Running suggested that society needs to move beyond measuring the planet’s resources by purely economic measures such as a nation’s gross domestic product and examine as many contributing factors as possible. That is, more comprehensive measures reflecting potential consequences are currently available and should be applied to making decisions that affect ecosystems and their life support systems.

“If we thought wrecking the global economy was a big deal, that’s nothing compared to wrecking the biosphere,” Running said.