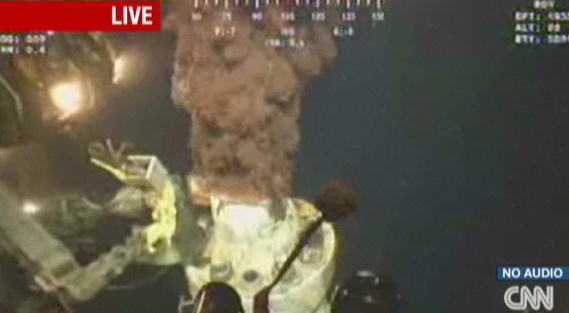 More than 150 scientists are meeting today with federal officials at Louisiana State University in Baton Rouge to discuss and coordinate the federal response to the Deep Horizon oil leak. The one-day meeting, hosted by the Consortium for Ocean Leadership and sponsored by the National Oceanic and Atmospheric Administration, the U.S. Geological Survey, the Environmental Protection Agency and the United States Coast Guard, is being “led by non-Federal scientists to discuss the urgent issues involved with both short-term response actions for the spill and long-term monitoring of the environmental and human health impacts,” according to an Ocean Leadership press release.

Scientists from 19 academic, non-profit and industry institutions are attending the third Ocean Leadership meeting on the Gulf oil disaster, including researchers from the University of Connecticut. In an article on Uconn Today, the researchers hoped to discuss such topics as how and where chemicals will enter the atmosphere and the distribution of oil in the water column.

Said Penny Vlahos in the article, “The academic community has a very clear focus that can address the environmental concerns associated with the spill. They’re not worried about many of the things that are preoccupying those at the wellhead but are ready to start the observations and measurements.”

As the meeting continues, BP has announced it has successfully cut through the leaking pipe in the latest attempt at fixing one of the leaks. However, the cut is ragged due to the use of sheers after an earlier failed attempt with a diamond-tipped saw. The “top hat,” which is supposed to be placed over the opening later today to capture the oil, will not fit correctly and will therefore be less effective, said Coast Guard Admiral Thad Allen in a news conference. The relief well is estimated to be completed mid-August.

To read more on what researchers are hoping to discuss today, visit Uconn Today.