Taking action: what is being done and what you can do for the Gulf 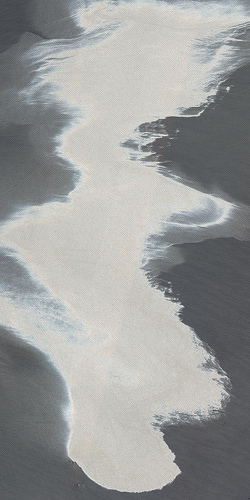 As the oil leak continues, many of us feel helpless to mitigate the ecological impact of the spill. But this is just the beginning of the cleanup efforts and there is plenty that can be done right now. Here is the breakdown of what is currently being launched regarding response efforts for the Gulf oil spill, and what we can do to contribute.

If you know of other ongoing efforts that are not listed in this post, please include them in the comments section with the appropriate contact information and links. Information on how you can help Ecological Society of America in its efforts will be available tomorrow.

What to expect
“[T]his is an extraordinary situation and likely to be the most environmentally damaging event we’ve ever witnessed,” said Felicia Coleman in Monday’s post. And that is no exaggeration. BP still has not been able to contain two of the leaks and oil release of this magnitude will likely alter foundation species, such as saltmarshes, seagrass beds and oyster reefs. Said Coleman:

Bound to be at greatest risk are those species that remain attached to the bottom and can’t escape the effects of prolonged exposure to oil pollution, including oysters, mussels and clams.

In addition, if the foundation species become saturated with oil (and therefore unable to photosynthesize), they will die;  if toxins seep into the roots, they will almost certainly die and possibly never regrow. And if these plants are dessimated, the fish and shellfish species that depend on them for habitat will also be hard hit.

If oil takes over the Mississippi Delta—home to some 40% of U.S. wetlands—“major, visible impacts will last for somewhere between 3 and 10 years with measurable impacts potentially lasting for decades, slowly tapering off,” said Josh Schimel in Monday’s post.

Wildlife is also at great risk. Oil alters birds’ and marine mammals’ feather and fur structure, respectively, and prevents them from retaining body heat. As a result, hypothermia is a common consequence of oil exposure; oil ingestion is also common as the animals clean themselves to remove the oil. Expect reports of oiled, injured and deceased wildlife as the oil begins to move inland. Thankfully, the U.S. Fish and Wildlife Service has reported no impacts from the oil spill on national wildlife refuges yet.

What is being done
BP is still working to repair the leaks in the underwater pipeline. As of yesterday, one of the leaks was successfully capped, leaving two leaks instead of three; however, the flow rate of the oil remains the same. BP hopes to place a containment chamber, called the Subsea Oil Recovery System, over the leaks to siphon a projected 85% of oil into a nearby tanker.

Meanwhile, the U.S. Coast Guard has set up a base in St. Petersburg, Florida to track and coordinate cleanup efforts for any spilled oil that touches the state’s west coast. This base is the first installed in the state to address the Gulf spill; the Florida panhandle response is being handled by a command post in Mobile, Alabama. As the base commander said in a St. Petersburg Times article yesterday, “We’re reviewing strategies, we’re tracking spill trajectories. We’re planning how we’re going to respond to the impact on the west coast of Florida.”

In the same article, U.S. Coast Guard Captain Tim Close said they expect to have around 72 hours warning before the oil would hit the area, probably in a dispersed fashion and in the form of tar balls and blobs.

In Mississippi, the Department of Marine Resources (DMR)—which is currently offering volunteer training—and the Department of Environmental Quality are continuing to prepare for the oil to make landfall. Coastal states such as Mississippi and Louisiana are distributing protective booms around marshes and estuaries in an attempt to limit the amount of toxins entering shellfish and fish habitats. Said Mississippi DMR Executive Director Bill Walker in a press release:

Our most important assets to protect in Mississippi are our barrier islands, Mississippi Sound, marshes and adjacent estuaries. These are the nurseries for all our fishery resources, which includes, shrimp, crab, finfish and oysters. Booms are being placed in these vulnerable areas, to help protect our major estuary systems including the Pascagoula River Basin, Grand Bay NERR area, Back Bay of Biloxi, Bay St. Louis and the marshes to the western end of the state from Bayou Caddy to the Pearl River.

The National Oceanic and Atmospheric Administration (NOAA) has restricted fishing in areas already impacted by the oil spill, primarily between Louisiana state waters at the mouth of the Mississippi River to waters off Florida’s Pensacola Bay. The agency is also tracking the oil spill and response efforts on a daily basis and producing the most accurate trajectory maps for officials to reference.

A full list of actions being taken is available on the official response website. If you are not in the Gulf region and are unable to help directly, you can still follow the daily actions being taken and updates on the Deepwater Horizon Response Facebook page or on Twitter. Otherwise, there are several ways to aid in cleanup efforts, which vary depending on your level of expertise and experience and on your location. Here’s what you can do:

Volunteer
There are MANY volunteers opportunities ongoing in Louisiana, Mississippi, Florida and Alabama. Keep in mind that most of these volunteer efforts require specialized training and protective gear—petroleum is toxic to the respiratory system and the skin. In addition, wildlife should never be handled without oiled wildlife training, instead report oiled wildlife to the proper officials (see below sections).

BP has just announced its training location for volunteer oil spill cleanup—at the Mobile Civic Center in Alabama through May 21. The training is four-tiered ranging from oil spill responder to wildlife rehabilitation. Call 1-866-647-2338 to register for classes.

Audubon is also organizing a large scale volunteer effort—a registration form is available online to place volunteers based on their training, experience and resources.

Share your datasets
The Florida Department of Environmental Protection, the Florida Fish and Wildlife Conservation Commission (FWC) and NOAA have begun gathering water and sediment samples throughout Florida; Mississippi, Alabama and Louisiana have also been working with state agencies and NOAA. The aim is to develop a pre-impact wildlife assessment to make monitoring possible impact sites faster and more accurate.

This sampling has been started using the NOAA Natural Resource Damage Assessment protocols. More information on dataset collection will be posted tomorrow on EcoTone.

Submit your vessel
BP is still looking for volunteers to distribute containment booms along the Gulf shores to help prevent oil from reaching land. To loan out your vessel, be it boat or kayak, as a vessel of opportunity skimming system, call (281) 366-5511. 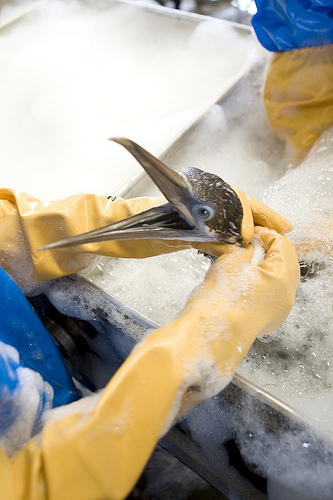 Volunteers are being recruited on a state-by-state basis—information is updated regularly on the Deepwater Horizon Facebook page and on the oiled wildlife Facebook page. International Bird Rescue Research Center (IBRRC) is working with Tri-State to set up rehabilitation centers in Louisiana, Alabama and Florida.

NOAA has designated the Louisiana Marine Mammal and Sea Turtle Rescue Program (LMMSTRP) the primary responders in the state for responding to marine mammals; the program is accepting volunteers.

Report oiled, injured or deceased wildlife
It was reported yesterday that the 38 sea turtle strandings from Alabama through the Louisiana delta since April 30 were not related to the oil spill. However, according to LMMSTRP, “hundreds of sea turtles are expected to be stranded along Louisiana’s beaches in the upcoming days.” Do not attempt to aid the animals yourself.

Reports of oiled animals and oil slick sightings are being mapped on The Oil Spill Crisis Map which is being used by responders as well. Citizens can report these areas by texting or emailing.

UPDATE: Environmental Toxicology and Chemistry is collecting articles for an open access issue on oil spills. Read more at http://www.setacjournals.org/view/0/virtualissueoilspills.html.