Navigating Academia (and Beyond) with ADHD

Navigating Academia (and Beyond) with ADHD

This post is partially guided by a Slack Chat that took place Monday, 1/24/22 in the ECE Slack Chat space. If you would like to go back and read that and aren’t a member of our Slack channel yet, you can join here. 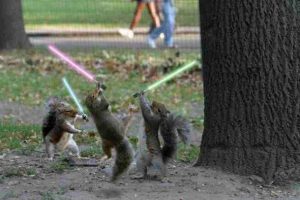 I wasn’t diagnosed with ADHD until about a year and a half after grad school. My ADHD manifests as a tendency toward disorganization especially, and being easily distracted and forgetful. I say often that if it isn’t in my calendar, it just simply doesn’t exist! And it gets worse, because even then, in the time between the reminder and the meeting, it sometimes still ceases to exist. The reason I first went to get evaluated for ADHD was because my disorganization reached the point that I forgot my own annual eval meeting. I had put it in my calendar, and when it reminded me 30 minutes ahead of time, I closed the reminder and promptly got distracted, then forgot. It was only the most egregious in a long line of forgetful mistakes, all of which were an escalation of problems I’d always had, but managed with more or less success. Ask me, for example, about the data I’ve had to throw out due to inattentive mislabeling. Or the time I forgot to turn in a final project because I literally got distracted before clicking the “submit” button to hand it in virtually and then accidentally closed the tab, none the wiser. I nearly failed the entire class!

So that’s what led up to me getting diagnosed, but I wanted to also talk about the most successful of my coping mechanisms, in hopes they’ll help other folks, whether or not they’ve got squirrels in their brains. None of them will work for everyone, but maybe they’ll give folks a place to start. I use a combination of all of them, and I’m always adapting them. One of the most helpful things I’ve found is to talk to other folks with executive dysfunction and find out what they do. Then I integrate bits and pieces into what I do!

To-Do Lists – I don’t just mean one to-do list. I have really complex to-do lists, one for each project or subject. Others in the chat suggested also a “word vomit” list or notepad where you can write down thoughts as they occur to you, so you don’t have to remember anything. I have a similar to-do list in my list of to-do lists, and find it useful for things like going to the grocery store or something I remembered I needed to buy but I know pulling my phone out to add it to the shopping list will end only in disaster.

I use Trello to organize my to-do lists.

Some of the author’s many to-do lists.

Schedule by task vs schedule by time – Some people do well with the Pomodoro method, where you spend a certain amount of time on something and then switch to something else or take a break. Pomodoro never worked for me, but lately I’ve gotten a lot of mileage out of organizing my work by tasks. I look at my to-do lists and pull out items that need to get done in order of urgency. Then I start at the top of the list and do one thing at a time. I tend to freeze when faced with something that seems too complex or big and I had a counselor once ask “How do you eat an elephant?” The answer, of course, is “One bite at a time.” So I break things down into bites, and I start with whatever I feel I can do.

Pay Yourself to Do Your Job – AKA “bribery”. The literature on this is that it’s unreliable when you’re rewarding yourself, but it works for me sometimes, often in conjunction with the above. I set a goal, usually to finish something from my to-do list, with the promise to myself that when I get done, I get to do something I really really want to do. When I finish this post, I get to go play Jurassic World on my Switch.

***An important note: If you promise yourself something, don’t move the goalpost! That’s mean. I know you’re doing it to yourself, but you have to be kind to yourself. Continually moving the goalpost is something I used to do until I realized it made this whole exercise utterly useless. The one time I let this slide is if I get really into something and actually WANT to keep working.

Short-term post-its – We all agreed in the chat that we get selective blindness to sticky notes if they hang around too long, but for things you only need to be reminded of once (and something chronologically close), sticky notes can work great. Most of us put them on or in places that are impossible to ignore. I’ll put them on doorknobs or over the clock on my computer screen! A similar tactic is taking something you need to remember and putting it right in your way so you can’t avoid it (I’ve done this with field equipment I couldn’t pack but was afraid I’d forget).

Subject Roulette! – This was more useful in school, but can be used for anything you’ve made into discrete chunks. I basically pick, at random, something to work on. When I get bored with it, I pick something else at random. I did this ALL the time with papers, switching between sections or between writing and analyzing data, or hopping from one paper to another. But this is also I think the oldest of my coping mechanisms–I remember in grade school intentionally switching between subjects I was doing homework for, rather than finishing one subject at a time, because I couldn’t pay attention long enough to finish one subject. Sometimes your brain needs to change trains of thought!

If you’re navigating this space too, I wish you luck. And remember you’re not the only one–there’s actually a whole bunch of us out here, kickin’ around, doing our very best!

Dr. Cait Rottler (she/hers) is a Postdoctoral Research Associate at the South Central Climate Adaptation Science Center, based at the University of Oklahoma. Prior to that, she worked for the Southern Plains Climate Hub. Her research interests are many (and varied), and have included soil science, climate adaptation, plant community ecology, rangeland ecology, and agroecology. She’s also tried her hand at a little bit of remote sensing and GIS work, and is currently leading a project to build a directory of ag- and natural-resources-related datasets in the Ogallala Aquifer Region, and she describes herself as a chronic (but happy) generalist. Though currently in central Oklahoma, her home will always be Albuquerque, New Mexico, where she was born and raised and hopes to one day return for a permanent position.