At the age of 13, my eagerness to make real-world impact, coupled with a thirst for environmental conservation and human wellbeing, fueled me to create an internship with an international conservation organization and then travel there to fill that spot. A day after final exams, I found myself in the remote Western Ghats of south India, studying Asian elephant conservation with a local conservation organization. Out, daily, at 4:30 am, we tracked Asian elephants (Elephas maximus indicus) through mountaintops, created and nurtured relationships with indigenous and local communities, and fostered our relationships with government officials.

One of the most challenging issues taking place in this mountain top town was human-elephant conflict; not because either was intended, but rather because humans and wildlife lived among each other. Farmers farmed in tea and coffee fields (fields historically established during British colonization) that were splattered between fragments of forest; elephants foraged and migrated between those forest patches, and therefore, the only way to do so was through the tea and coffee fields.

Sometimes, conflict would arise when the occasional elephant would trample the crops (they were typically extremely tidy) or find her / his way into town. On occasion, a lost elephant – startled as ever – could also trample a home unintentionally (most of which were made out of clay and more breakable material), which would cause outrage from the human residents. The issue our team labored on was the mitigation and management of human-elephant conflict, to ensure that elephant herds could move through the vast mountaintops safely and that people could also remain safe, during days and nights. 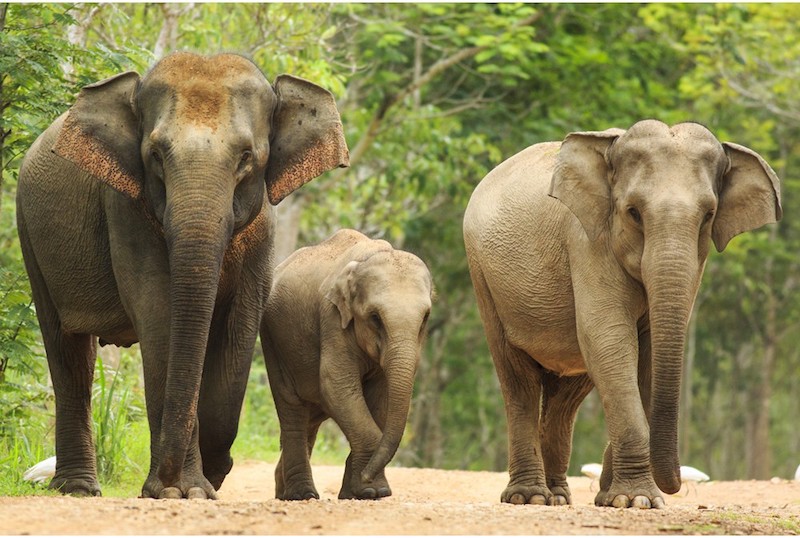 As ecologists, when we think of human-animal conflict mitigation some of the first words that come to our minds might be the following: stress, fights for space or habitat, human life, maybe the word scavenger, and maybe the word intentional. However, my years of working with this organization taught me differently: often, conflict is unintentional (never is it intentional from the non-human animal’s side), there are more animals we have to think about apart from scavengers, it does not have to be a high-stress situation, and without other planetary life, human life will never exist or thrive.

I worked in these mountains, in-person and remotely, for the next 7 years, an experience that revolutionized my understanding of human-environmental coexistence. I worked under the mentorship of a Whitley Award scientist, learning how to interact with international governments, develop and implement technologies (such as our early warning system that reduced human deaths by 50% in a single year), and how to work with policymakers – for the wellbeing of human and non-human life.

My work in India led me to shift my lens and my questions: instead of asking how we, the important Homo sapiens, can save the day through conflict mitigation and conflict management, I began to realize that there are historical reasons for why situations in the present are where they are today, and that coexistence came long before conflict management. Furthermore, coexistence is going to be more critical than any other form of management we can possibly implement.

Coexistence is defined as “exist[ing] together or at the same time.” There are many layers here  to be broken down, which certainly cannot happen in the span of this article, however, let us take a simple example, from my work, to demonstrate. To do so, we’re going to jump into a quick history example (think Big Bang Theory theme song). Before humans were around, there were other ape-like creatures, other water-borne and air-borne creatures, etc. Once our species did come around, we, unlike most other animals, sort of changed the game: we learned hunting techniques, hiding techniques, nomadic techniques. We then established the ability to settle in one place and harvest what we needed while being in that place: over time this meant we could safely get into the habit of consuming more than we needed, because we now had the power to create it instead of spend long hours hunting for it.

And that’s when one of our first problems arose: we had a solution to traveling long hours, but now with lesser input (effort), we still had the same, and even greater output (crops, food) and so we could produce more, consume more, etc. The cycle of producing more with less effort has been a historic goal since then, and therefore, we began to see ourselves as different from other animals given our ability to do that (and our lack of observation that other species had already discovered, in non-disruptive ways, how to do that). Somewhere in that process, we forgot to consider other life altogether – unless they, of course, benefited us in some way. So human history went on as so, and here we are today, suffering as a whole planet from a human-caused climate crisis.

Now, let us take the example of coexistence that I mentioned we would discuss, above. If we were to continue the way we had, running around and hunting animals, and then realizing we could grow the same crops in the same spot, but in doing so, we acknowledged that with one solution comes a new set of issues and that not acknowledging those might do us great harm in the long run, we might have taken a slightly (yet history-altering) route. We might have passed down, to the generations that came after us, that ‘yes, we’ve found our solutions but there will also be limits, and we mustn’t forget the other beings whom we share this planet with.’ And yes, we can cultivate tea and coffee plots, but if we do that, then we will end up with only patches of forest for the elephants to thrive. And, if the elephants are surrounded by tea and coffee agriculture (and eventually, huge roads that also divide the few forest fragments), then yes, they will have to find other routes – and the only other routes often tend to be human routes (enter ‘human-animal conflict’).

For the readers who have stayed with me so far, it is my pleasure to know you were entertained enough to do so. I want to emphasize that the point here holds a lot of weight in how we, as conservationists, go about our management practices. Instead of continuously focusing our research, our grant proposals, our policy proposals, our scientific publications, our job applications on conflict management, we need to, as an ecological community, shift towards an emphasis on solutions for coexistence: urban design for the harmony of humans and all non-human biota and abiota, infrastructure that details the movement of common animal species, policies that fund the conservation and habitat space for animals in those areas, and above all, a society that shifts its values from being reactive to being proactive — from conflict mitigation to coexistence.

Krti Tallam is broadly interested in the ecology of environmental diseases, as they link to climate and anthropogenic stressors.  She studies coastal and oceanic environmental diseases that have links to human, terrestrial, and aquatic systems.   Some of her current work includes currently conducting analyses on the responses of dengue to climatic and anthropogenic stressors off of the coast of the Bay of Bengal, in India, and understanding the role of schistosomiasis in environmental reservoirs where freshwater snails serve as intermediate hosts.  Krti utilizes machine learning / deep learning, artificial intelligence, and field experiments for her work, and is interested in long-term policy implications for planetary health.  Krti is a budding scientist, an innovator, a first-generation student, a woman, a woman of color, and a proud daughter of immigrants.