Scientific Community
The National Academies seeks early career liaisons to the U.S. National Committee for the Decade of Ocean Science for Sustainable Development.

In April 2022, the Biden administration announced the launch of the first-ever U.S. National Nature Assessment. Led by the U.S. Global Change Research Program, this report will assess the state of the U.S.’s lands, waters and wildlife and the specific benefits that they provide. The assessment will also allow the country to look ahead at how nature might change in the future and identify opportunities for investments in nature to help achieve climate, health, environmental justice and economic goals.

The White House Office of Science and Technology Policy (OSTP) is now soliciting feedback from the scientific community and the public about the scope of the assessment.

OSTP Assistant Director for Biodiversity and Conservation Science Dr. Heather Tallis will join a webinar hosted by ESA to introduce its members to the assessment and provide information about how ESA members may contribute by submitting comments that will help inform the scope of the assessment. The webinar will be held Tues., Dec. 6 at noon EDT. RSVP here.

The request for information includes a series of questions for stakeholders, some of which are below:

To view the full list of questions and submit a comment, see the Federal Register Notice. Comments are due by March 31, 2023.

Additional information about the NCA5 draft can be found in the Federal Register Notice and in the USGCRP Open Notice. All comments must be submitted by 11:59 PM ET on January 27, 2023 via the USGCRP Review and Comment System.

Are you a science graduate student interested in the intersection between policy and science? ESA invites you to apply for the 2023 Graduate Student Policy Award (GSPA). Apply and come to DC to meet with your lawmaker on Capitol Hill!

Offered each year, this award gives graduate students hands-on training and science policy experience including interacting with congressional decision-makers, federal agency officials, and ecologists who work in the science and public policy arena. ESA covers all travel expenses and plans to hold the event onsite at its Washington, DC office Tuesday, April 24-25 unless events beyond our control occur. Applications are due Jan. 1, 2023, 12PM EDT.

For more information and to apply, visit the ESA website.

Farm Bill: The Senate Agriculture, Nutrition and Forestry Committee will hold a hearing this Tuesday, Dec. 6 regarding research programs in the 2023 Farm Bill. Speakers include US Department of Agriculture Undersecretary for Research, Education and Economics Chavonda Jacobs-Young, University of Arkansas Vice President for Agriculture Deacue Fields, Director of the Michigan State Center for Regenerative Agriculture Jason Rowntree and Felecia Nave, the president of Alcorn State University. Jacobs-Young oversees agricultural research programs at the USDA, including the National Institute of Food and Agriculture and the Agricultural Research Service.  Congress is currently gearing up to draft a new Farm Bill, which will set agicultural and food policy for the next five years.

White House: The Office of Science Technology Policy (OSTP) and the U.S. Global Change Research Program (USGCRP), are hosting a discussion on global change research priorities for the next decade Tuesday, Dec. 6 at 1:00pm eastern. USGCRP leaders will present their 10-year strategic research plan, which will serve as a comprehensive blueprint for producing the information urgently needed for the US and the world to address the causes and reduce the impacts of climate change and other global changes. The panel speakers include Jane Lubchenco, the White House OSTP Deputy Director for Climate and Environment and a former ESA president and James Rattling Leaf Sr, who is an associate researcher at the University of Colorado, Boulder and a member of ESA’s Public Affairs Committee. RSVP for the virtual event here.

White House: During its first in-person Tribal Nations Summit, the Biden administration pledged to create a new national monument in Nevada around Sprit Mountain, protecting a sacred space for the Fort Mojave Tribe.

The administration also released new tribal consultation guidance and announced that NOAA will join efforts to increase tribal co-management and co-stewardship of public lands and waters.

The Office of Science and Technology Policy and the Council on Environmental Quality announced government-wide guidance for agencies to recognize and include Indigenous Knowledge in research, policy and decision-making. This guidance was first initiated at the 2021 White House Tribal Nations Submit and is intended to elevate the use of Indigenous Knowledge in decision-making.

Interior: The Bureau of Land Management released a proposed rule intended to reduce methane leaks from gas and oil drilling on federal and tribal lands. In a press release, the Interior Department reports that the total methane venting and flaring reported by oil and gas companies operating on federal and tribal lands averaged approximately 44.2 billion cubic feet per year over the last decade, enough to serve roughly 675,000 homes. In 2016, the Obama administration proposed another rule to reduce methane leaks, which was challenged in the courts and weakened by the Trump administration. The courts eventually forced the Interior Department to revert back to a 1979 rule. The new proposed rule requires oil companies to make technological upgrades and create plans to reduce waste and detect leaks.

Wildlife Trade: Diplomats agreed to protect a record number of species from wildlife trade during the 19th Meeting of the Conference of Parties to the Convention on International Trade in Endangered Species of Fauna and Flora (CITES, COP19) in Panama City, Panama. The agreement includes new protections for glass frogs, which are commonly sold in the pet trade, freshwater turtles and several shark species which make up the majority of the shark fin trade. Parties to the treaty agreed to try to address gender inequality as it relates to wildlife trade, noting that women are more likely to lose out on the benefits of wildlife trade. Diplomats also agreed to investigate how CITES could play a role in reducing the spread of zoonotic disease to humans.

Biodiversity: Nations will gather December 7-19 for the United Nations Biodiversity Conference (COP 15) in Montreal, Canada. Diplomats will work to adopt a Post 2020 Global Biodiversity Framework to address biodiversity loss and allocate resources for the implementation of this framework. The United Nations Environment Program said that this framework must include clear targets to address overexploitation of species, pollution, habitat fragmentation and unsustainable agricultural practices and safeguard the rights of indigenous peoples. Nations agreed to end biodiversity loss within ten years in 2010 but have made minimal progress toward that goal.

NAS: The U.S. National Committee for the Decade of Ocean Science for Sustainable Development is soliciting applications for early career liaisons. Early career liaisons serve for two years and communicate regularly with the committee members and participation in the committee’s discussions and deliberations. Liaisons should be no more than ten years post receipt of an undergraduate or graduate degree and should have postgraduate training or work experience in an ocean-related field. Applications are due Dec. 31, 2022.

NSF: The agency held a webinar providing information about how NSF will respond to and comply with an August 2022 White House Office of Science and Technology Policy memo directing agencies to update their public access policies to make publications and research funded by taxpayers publicly accessible, without an embargo or cost. NSF will submit a draft plan to the White House by the end of February 2023, which will become public once the White House approves the plan. View the webinar recording and live transcript here.

Other upcoming virtual office hours and topics are listed below:

Visit this page on ESA’s website for updates on opportunities from the Federal Register, including upcoming meetings and regulations open for public comment.

Visit the ESA website to learn more about our activities and membership. 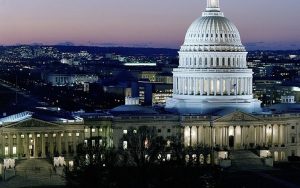