The first direct evidence of orcas killing white sharks in South Africa has been captured by both a helicopter and drone pilot, and a new open-access paper published today in The Ecological Society of America’s journal Ecology presents both sets of video footage, which provide new evidence that orcas are capable of pursuing, capturing and incapacitating white sharks. One predation event was filmed on drone, but the researchers believe that three other sharks may also have been killed.

While a clip of the drone footage was aired in June, this was only part of an hour-long hunt of multiple sharks, as revealed by the exclusive helicopter footage, and the new paper offers more extensive footage, along with data from tags, drone surveys and shark-tour boats showing that white sharks fled from the Mossel Bay region of South Africa for several weeks.

Orcas have been observed preying on other shark species, but direct observation of predation on white sharks locally has been lacking – until now.

“This behavior has never been witnessed in detail before, and certainly never from the air,” said lead author Alison Towner, a senior shark scientist at Marine Dynamics Academy in Gansbaai, South Africa.

Only two killer whales in South Africa have been previously linked to hunting white sharks, but never actually seen in action. Only one of those whales was observed in the new footage, along with four other killer whales. The authors believe that the involvement of these four new whales suggests the behavior may be spreading.

The study also gives new insights into sharks’ attempts to evade capture by orcas. On two occasions, orcas approached sharks closely and slowly, while the shark, instead of fleeing, stayed close to the orca, keeping it in view – a common strategy that seals and turtles use to evade sharks. However, orcas are social and hunt in groups, and the researchers believe these behaviors may render the circling strategy ineffective for white sharks. 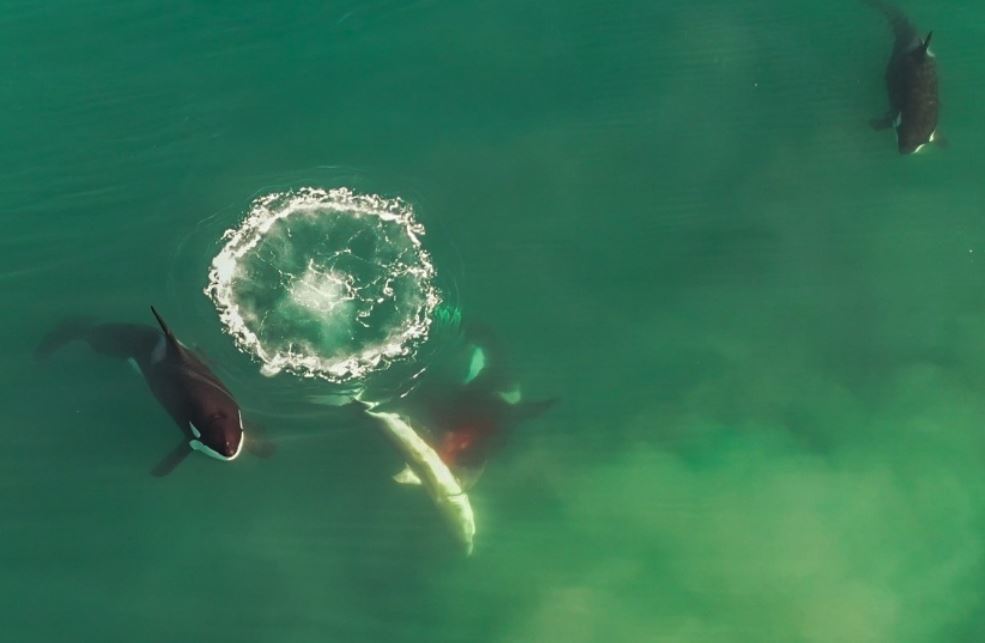 The study confirmed that one infamous killer whale, locally known as “Starboard,” was part of the pod and ate what was suspected to be a large piece of shark liver at the ocean surface. The novel footage also revealed how another killer whale bit into a white shark at the region of the liver.

“I first saw Starboard in 2015 when he and his close-associated ‘Port’ were linked to killing seven gill sharks in False Bay. We saw them kill a bronze whaler [copper shark] in 2019 – but this new observation is really something else,” said David Hurwitz, a boat-based whale-watching operator from Simon’s Town Boat Company.

“We first observed the flight responses of seven gills and white sharks to the presence of killer whales Port and Starboard in False Bay in 2015 and 2017. The sharks ultimately abandoned former key habitats, which has had significant knock-on effects for both the ecosystem and shark-related tourism,” said South African National Parks’ shark expert and marine biologist, Dr. Alison Kock.

Previous studies have documented how new behaviors spread among killer whales over time through cultural transmission. The authors suggest that if more killer whales adopt the practice of hunting white sharks, then the behavior will have far wider impacts on shark populations. 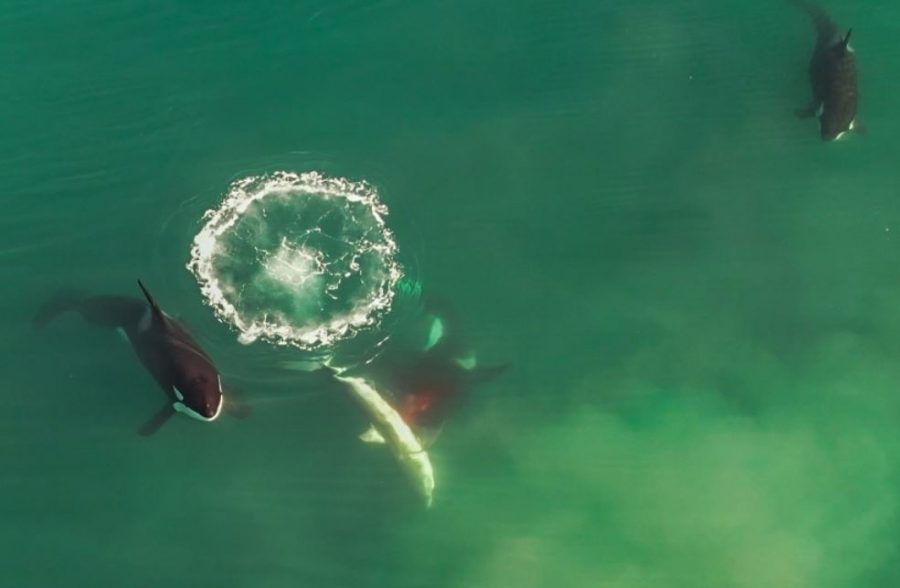