CORVALLIS, Ore. – New research led by an Oregon State University scientist provides the first long-term study of methods to control the spread of wildfire in the sagebrush steppe ecosystem that dominates parts of the western United States.

In recent years, the number, size and intensity of wildfires in the sagebrush ecosystem – which spans much of Nevada, Oregon and Utah, and portions of California, Idaho, Washington and Wyoming – have significantly increased primarily due to climate change and the spread of invasive grasses.

“It’s a pretty spectacular ecosystem, but it’s incredibly fragile,” said Lisa Ellsworth, lead author of the study and a range ecologist in Oregon State’s College of Agricultural Sciences. “It was named as one of the most endangered ecosystems in North America because it is so fragile and is so impacted by climate change and by invasive species and by changing fire regimes.” 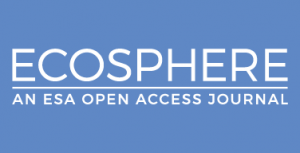