British colonisation of Australia, together with the effects climate change, is likely to have contributed to the recent catastrophic wildfires in southeast Australia, a new study has found.

An international team of researchers, led by the University of Nottingham, have examined the land cover changes that occurred after the British settlement in southeast Australia, which started in 1788.

By extracting tiny fossilised grains of pollen that are laid down in layers of ancient sediment in wetlands and lakebeds, the scientists were able to develop a picture of vegetation in the past.

In a world first, they used pollen modelling techniques to find out what the vegetation was like at 52 different sites before and after 1788. The experts discovered evidence of denser vegetation in forests and woodlands following colonial settlement.

They found that forests in the southeast are now much denser than they were before 1788 and have become more flammable due to the amount of woody biomass there. The researchers found an increase of shrub cover by as much as 48%, with an overall average increase of 12% – which the researchers say, considering the vast area covered by the study, the “increase in biomass is massive”.

In the study, published in the academic journal Frontiers in Ecology and the Environment, the scientists say the increase in ‘shrubbiness’ is linked to Indigenous burning practices ceasing.

Read the Frontiers in Ecology and the Environment paper: https://esajournals.onlinelibrary.wiley.com/doi/10.1002/fee.2395 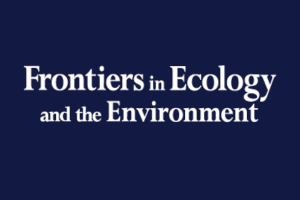