Transparency in Butterflies, from A-Z: It’s More of a Superpower than We Thought

WOODS HOLE, Mass. — Like invisibility in legends, transparency in nature is a powerful tool. Most transparent animals live in the ocean, where a close visual match with the water renders them almost invisible to predators.

On land, transparency is rare and difficult to achieve, but some butterflies and moths (Lepidoptera) do have transparent wings. And a new study indicates transparency can serve not only to camouflage them, but in other cases to signal and warn predators, “Don’t eat me! I’m toxic.”

This flexible weapon for self-defense is one of many findings from a multiyear study spanning the physics, biology, ecology, and evolution of transparency in Lepidoptera conducted by several groups, including the lab of Nipam Patel, director of the Marine Biological Laboratory (MBL).

“This is one of those interdisciplinary studies you dream about, where you want to understand [a biological structure] from its physics to its development and ecology,” says Patel of the international study, which began as a project in the MBL Embryology course and ended up being funded by the Human Frontier Science Program.  Ph.D. candidate Aaron Pomerantz in Patel’s lab is also on the team. 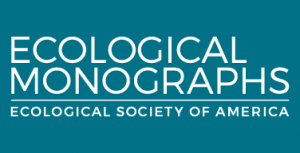