Tropical forests home to a majority of terrestrial vertebrates

What do a jaguar, a ring-tailed lemur and a ruby-throated hummingbird have in common? They are all among the 62 per cent of terrestrial vertebrate species that call tropical forests home, according to a new study by University of Northern British Columbia researchers published in Frontiers in Ecology and the Environment.

Led by post-doctoral fellow Dr. Rajeev Pillay, the researchers used mapping technology to quantify the number of terrestrial vertebrates that live in tropical forests around the world. Tropical forests play a central role in biodiversity conservation and in climate regulation, as they are both carbon sinks and key sources of oxygen for the entire planet.

Through human activity, these forests are shrinking and some species are going extinct, making it all the more important to determine how many terrestrial mammals, birds, reptiles, and amphibians live in these rapidly vanishing ecosystems.

“We have estimated roughly 200 billion galaxies in the observable universe, but no one knows exactly how many species inhabit the most biodiverse terrestrial ecosystem on planet Earth,” Pillay says. “Our finding that tropical forests are home to an astounding 62 per cent of terrestrial vertebrate species not only helps satiate an aspect of innate human curiosity about nature but also strongly suggests that the continued destruction of these imperiled ecosystems will likely lead to significant, imminent biodiversity losses.” 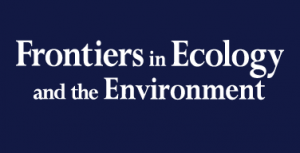