What Doesn’t Kill You: Frog populations in El Copé, Panama, have been found co-existing with a deadly amphibian fungus

After suffering mass mortality for years due to infection with the deadly Batrachochytrium dendrobatidis fungus, or chytrid, some frog populations in El Copé, Panama, now seem to be co-existing with the pathogen and stabilizing their populations.

“Our results are really promising because they lead us to conclude that the El Copé frog community is stabilizing and not drifting to extinction,” said Graziella DiRenzo, a postdoctoral researcher in ecology, evolution and marine biology (EEMB) at UC Santa Barbara. “(Extinction) is a big concern with chytrid worldwide. Before this study, we didn’t know a lot about the communities that remain after an outbreak. In some areas, it’s still a black box.”

DiRenzo, a scientist in the lab of EEMB professor Cherie Briggs, has outlined her findings in the paper “Eco-Evolutionary Rescue Promotes Host-pathogen Coexistence,” which appears in the journal Ecological Applications. She conducted her research while at Michigan State University and the University of Maryland.

The chytrid fungus, also known as Bd, began its large-scale destruction of amphibian populations in the second half of the 20th century. Around the turn of the 21st century, the mass die-offs were connected to the fungus, which causes symptoms such as skin shedding and lethargic behavior. In El Copé, Bd took out almost half of the amphibian population within a few years.

From 2010 to 2014, DiRenzo and colleagues visited the same site in El Copé to sample the frog population for Bd infection and assess the severity of the disease. The researchers’ initial assumption was that the frog population was heading toward extinction, because Bd is a very virulent, generalist pathogen, DiRenzo explained.

“Our findings did not line up with what I assumed prior to doing the research because, in our study, we found that either population seems to be relatively stable,” she said. 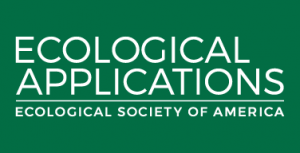