Crystal clear: Lepidopterans have many ways of being transparent

Butterflies and moths have beautiful wings: the bright flare of an orange monarch, the vivid stripes of a swallowtail, the luminous green of a Luna moth. But some butterflies flutter on even more dramatic wings: parts of their wing, or sometimes the entire wing itself, are actually transparent.

Many aquatic organisms, including jellies and fish, are transparent. But transparent butterfly and moth wings are so arresting that merely catching a glimpse of one typically causes a human to lunge for a camera or at least point it out to their friends. These enigmatic, transparent butterfly wings have not been studied comprehensively.

Doris Gomez and Marianne Elias (French National Center for Scientific Research) set out to change that. Last week, along with a multidisciplinary team of ecologists, biologists and physicists, they published a massive survey on the optics and ecological implications of moths and butterflies with transparent wings in the Ecological Society of America’s journal Ecological Monographs. They discovered that transparency has evolved in Lepidoptera more than once, and that there are many ways to be transparent. 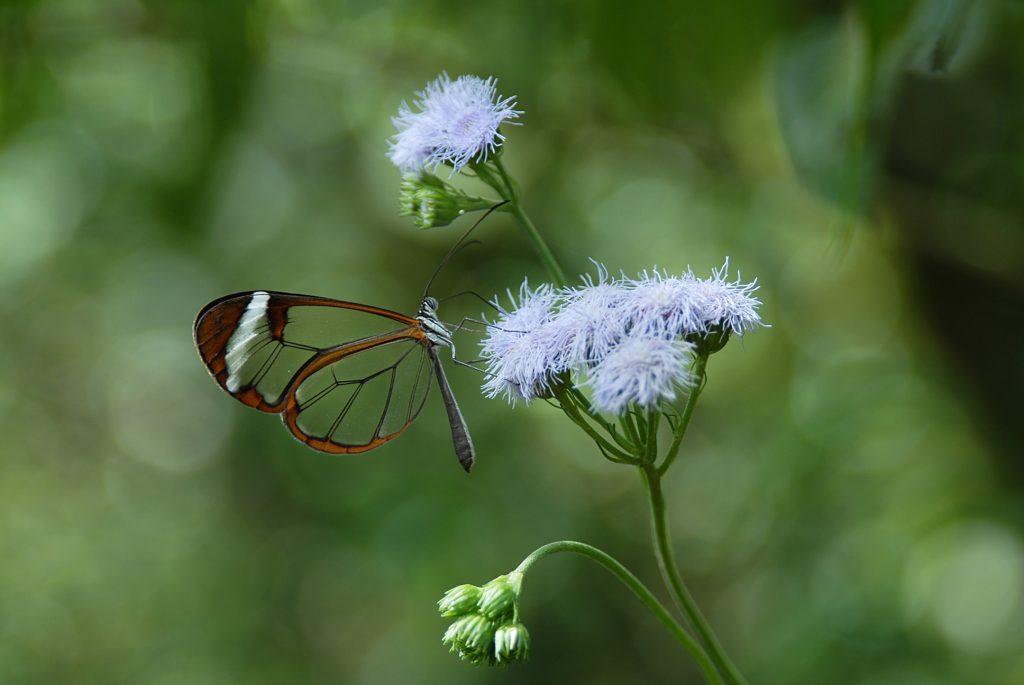 The iconic glasswing butterfly, Greta morgane oto, is a member of the Ithomiini butterfly tribe that is native to Central America and Mexico. Photo courtesy of Nipam Patel.

Gomez, an ecologist who has studied the physics and ecological aspects of iridescence in hummingbird wings and other bird coloration, was intrigued by these so-called “glasswing” butterflies and moths when she met Elias, an evolutionary biologist who worked on the ecology and evolution of the tropical butterflies Ithomiini, which have transparent wings. Gomez was startled to find that almost nothing had been written about transparency in Lepidoptera, nor in any other terrestrial animal.

“This paper is a breakthrough because everything that’s been known so far on transparency was about aquatic organisms,” Gomez said. “Transparency is so rare in terrestrial organisms that people never bothered to study it comprehensively.”

She and her team analyzed 123 species of Lepidoptera from samples in the French Museum of Natural History’s collection. They found transparency, or “clearwing” species, in 31 out of 124 families. But not all species accomplish transparency in the same way. They examined the extent to which transparency affects thermoregulation and provides protection against ultraviolet radiation. 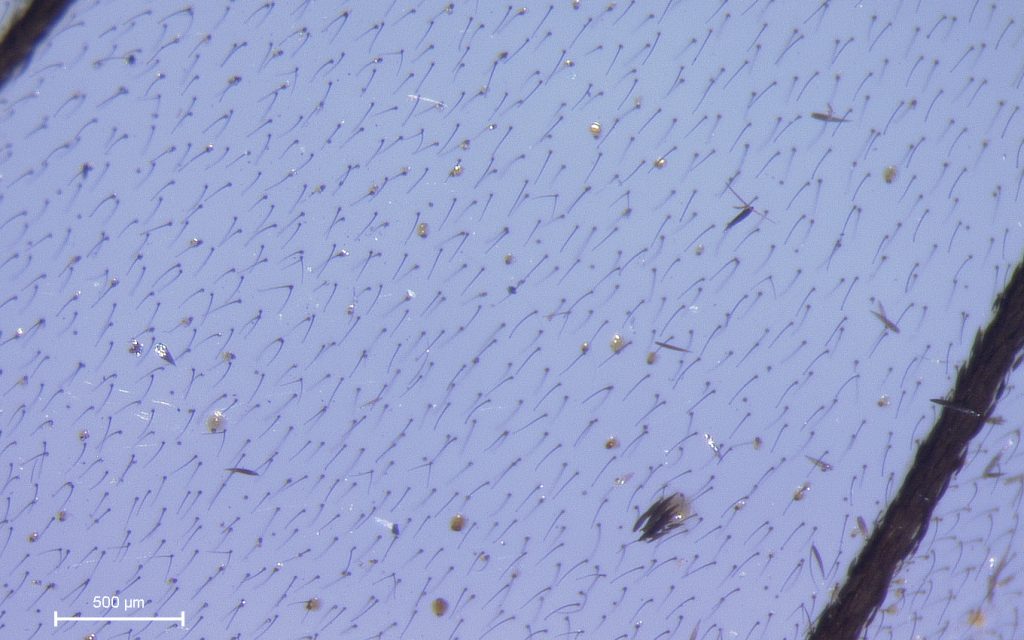 Many insects, including wasps, flies and dragonflies, have clear wings. Their wings consist of a transparent membrane made of chitin. Butterfly and moth wings are made of the same kind of transparent membrane, but in most cases moths and butterflies have opaque scales obscuring the membrane. The scales are what are responsible for their mesmerizing patterns and coloration.

Gomez and her team discovered that clearwing species have a number of ways to make their wings transparent. Some transparent moths and butterflies have no scales on their wings at all, leaving the chitin membrane to show through. Many other species do have scales, which can be transparent, upright, narrow or hair-like, allowing light through the wing.

Physicists have studied instances of transparency in individual species or genera, in the hopes of understanding the physics of how to adapt biological concepts to make people, vehicles and even structures invisible or transparent. But before now, no one had appreciated the wealth of approaches lepidopterans can take to achieve transparency, or the fact that it has evolved multiple times in different groups. 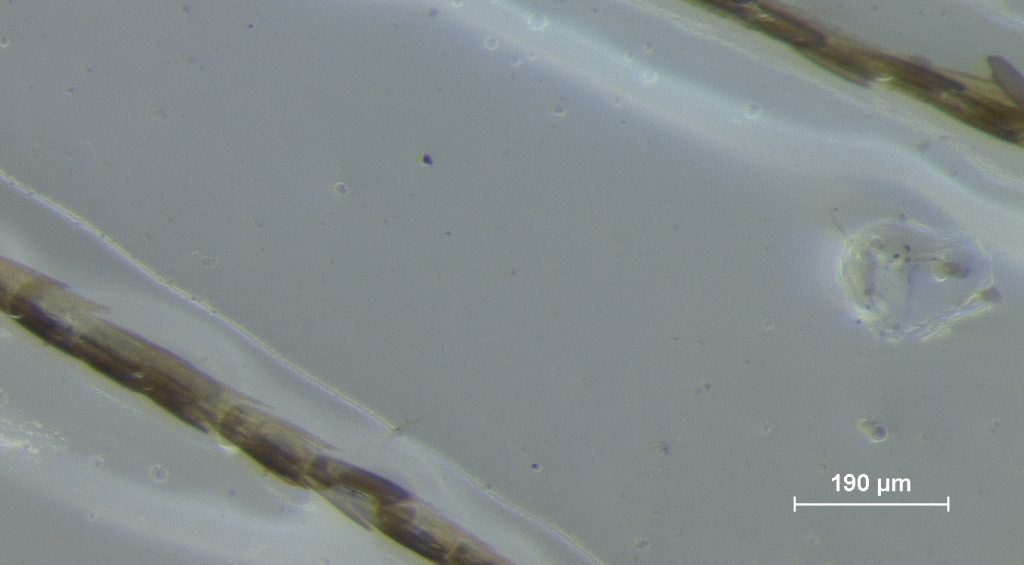 Sesia apiformis, or the hornet clearwing, is a moth native to Europe and the Middle East, the clear wings of which helps it resemble a hornet. Its wings are bare membrane, with no scales. Photo courtesy of Doris Gomez.

“This is the first comparative analysis of transparent butterfly wings,” said Elias. “What is notable is that transparency has evolved several times independently. But the way the wings become transparent can be dramatically different, from highly packed transparent scales to the mere absence of scales, through scale reduction in size and density. There are many ways of being transparent. We don’t know why this diversity exists.”

In some cases, different strategies lead to the same level of transparency, leaving researchers pondering why such diversity exists at all. They theorize that transparency may be beneficial in different ways for different species, including as camouflage or to mimic wasp and bees. Transparency also seems to help moths and butterflies regulate their body temperature, but does not protect them from UV radiation. 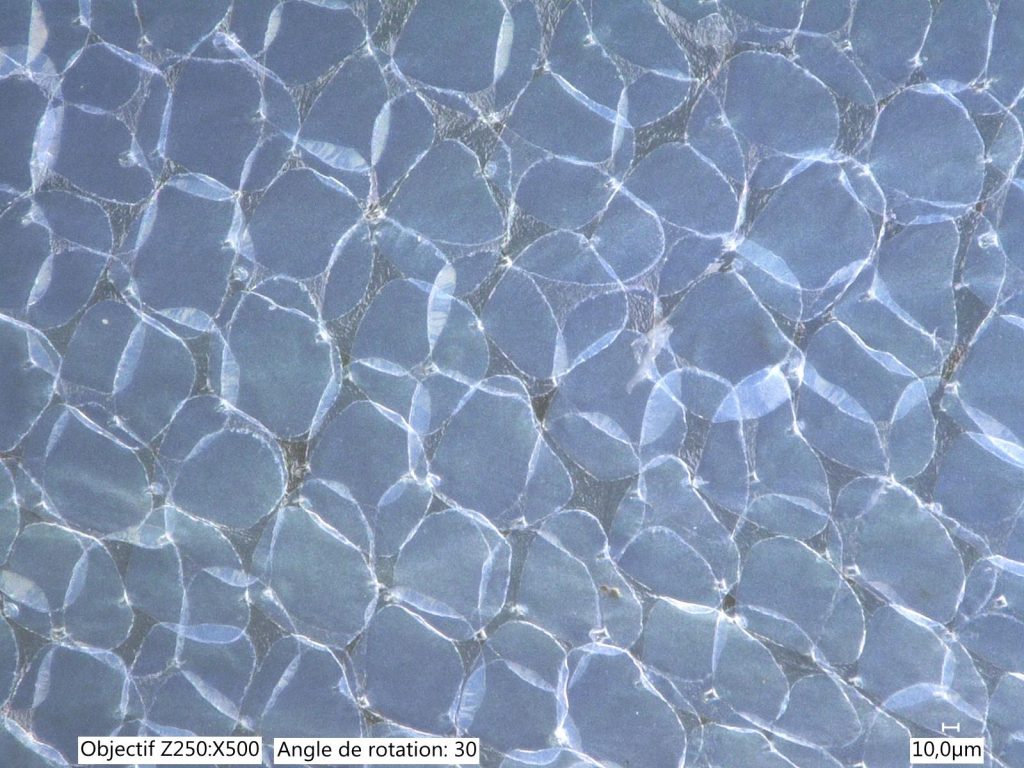 Gomez, who has a passion for working with scientists from across other disciplines, included physicists in the study to explore the optical properties of the wings including discerning what birds, their would-be predators, see when they look at a transparent butterfly. They found that the more light that can pass through a wing – i.e., the more transparent it is – the less visible the butterfly is to predators. Transparency acts like the ultimate camouflage.

Like the butterflies themselves, the results are compelling. However, the scientists emphasize that the study has raised more questions and avenues of exploration to continue to uncover the evolutionary role and ecological implications of transparency.

“Butterflies are such iconic organisms,” said Gomez. “They’re so wonderful to study. I like to study complex concepts, like iridescence and transparency because there is so much to explore – and it’s so easy to get everyone excited about them.” 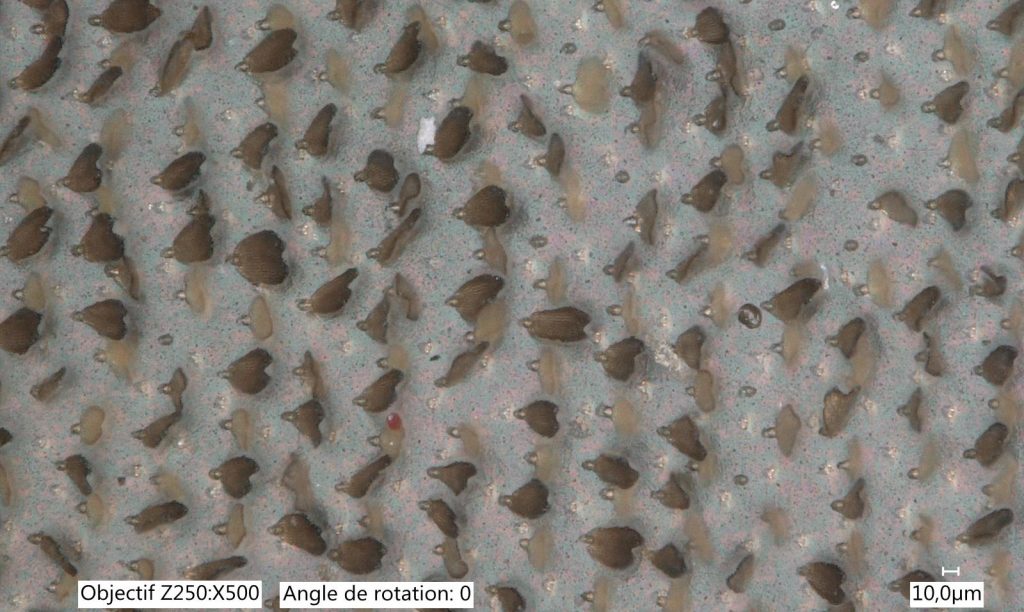 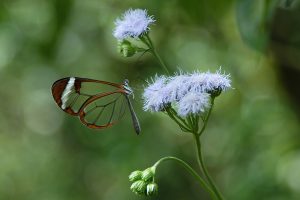