Jennifer Sunday has long had an affinity with the natural world and a lifelong interest in solving problems. “I have always been interested in nature, and – thinking back – in logic and puzzles,” says Sunday, who has combined those passions in her research to better understand the impact of climate change on marine species.

Sunday’s work has been garnering a lot of interest and support. Last year, she earned a Genome Canada Grant, was named an Alfred P. Sloan research Fellow and was named to the list of the world’s most-cited researchers.

Sunday, a William Dawson Scholar and Assistant Professor in the Department of Biology, was honoured “for contributions to understanding the relative roles of climate, physiology, and species’ interactions upon biogeographical ranges and changes in biodiversity; and for advancing understanding of ecological change and climate change responses using analyses of biogeography through time and comparative traits.” 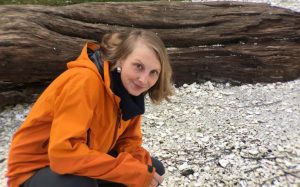