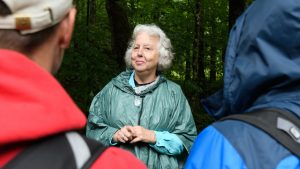 “State-wide population characteristics and long-term trends for Eastern Box Turtles in North Carolina” was accepted by the Ecological Society of America’s Ecosphere journal.

Data for the study was collected through a project Somers founded called the Box Turtle Connection (BTC). A network of citizen scientists trained by BTC researchers has been collecting data on box turtle populations for over a decade, making it the largest scale coordinated population monitoring study of this species ever conducted. The aim is to continue collecting data for decades, giving it the potential to become one of the longest-running multi-population studies of any species ever attempted.