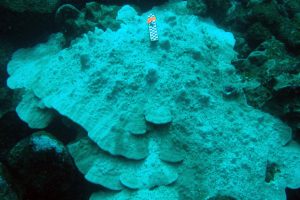 UNIVERSITY PARK, Pa. — An international consortium of scientists, including Penn State researchers, has created the first-ever common framework for increasing comparability of research findings on coral bleaching. A paper on the guidelines appeared in the Nov. 21 issue of Ecological Applications.

“Coral bleaching is a leading cause of coral death around the world,” said Iliana Baums, professor of biology at Penn State and an author of the paper. “It is a direct consequence of increasing water temperatures. During bleaching, the coral expels its algal partners that live within the coral tissue. Without the algal partners corals often die.”

The common framework covers a broad range of variables that scientists generally monitor in their experiments, including temperature, water flow, light, and others. It does not dictate what levels of each should be present during an experiment into the causes of coral bleaching; rather, it offers a common framework for increasing comparability of reported variables.