ESA Welcomes Richard L. Wallace as Editor-in-Chief of Frontiers in Ecology and the Environment 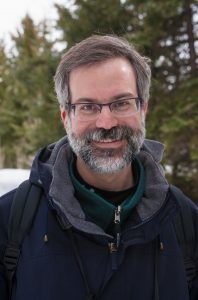 After an extensive, competitive search, the Ecological Society of America is pleased to announce the appointment of Richard L. Wallace as the new editor-in-chief of its journal Frontiers in Ecology and the Environment. In his new role, Wallace will lead Frontiers in publishing ecological and environmental research that is timely, clearly written and relevant to all users of ecological science, including policy makers, resource managers and educators.

“It is a great honor as well as a great pleasure and a wonderful challenge to step into the role of editor-in-chief of Frontiers. As a researcher, teacher and administrator in environmental studies and sciences over the past two decades, I have relied on Frontiers since its inception to provide a window into critical issues in ecology and environmental science,” said Wallace.

His research and teaching have long focused on integrative problem solving in the conservation of diverse species and ecosystems in the U.S., most recently in the Greater Yellowstone and Gulf of Mexico ecosystems. Wallace’s published work has appeared in numerous books and peer-reviewed journals across a spectrum of fields of natural sciences, social sciences and interdisciplinary studies, reflecting the interdisciplinary nature of his work and his belief in the importance of communicating across traditional professional and academic boundaries. He brings to Frontiers long experience training and supporting students and scholars in communicating interdisciplinary science. 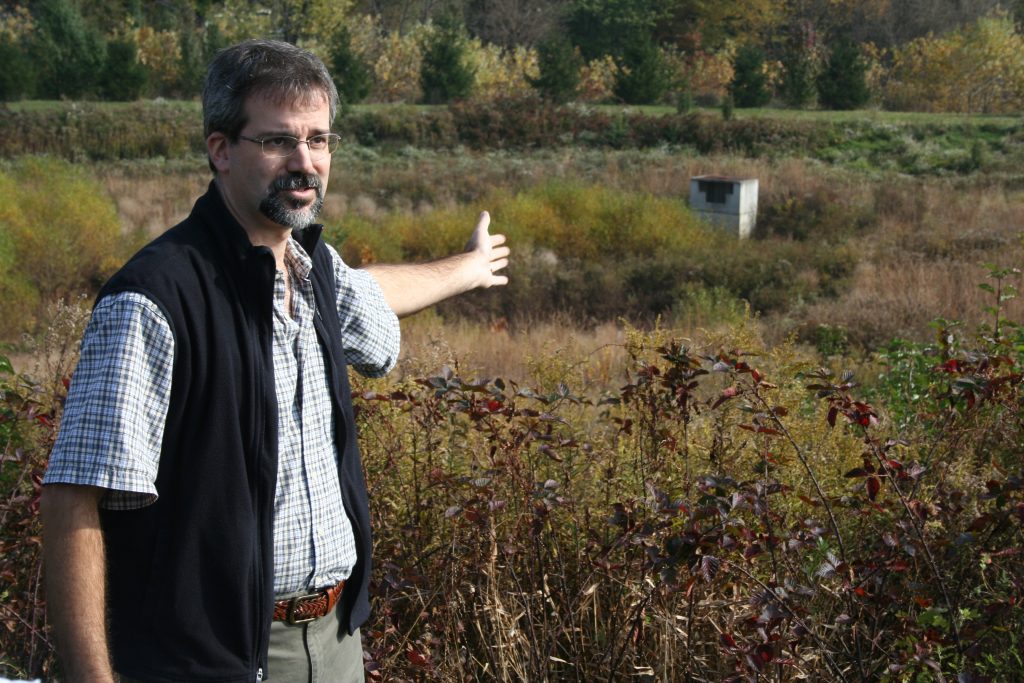 Wallace teaches in front of a naturalized stormwater basin at Ursinus College. The stormwater basin was an ecological restoration project conceived by an Ursinus student and undertaken by Wallace, his students, and other faculty and staff. Photo courtesy of Andrew Gilchrist.

“The integrative nature of the subject matter in Frontiers and the great clarity with which it is communicated has established it as a leader among its peers, and a great resource for bridging professional boundaries and raising awareness among the next generation of ecologists and environmental problem-solvers. I am flattered and excited to take the helm,” said Wallace. 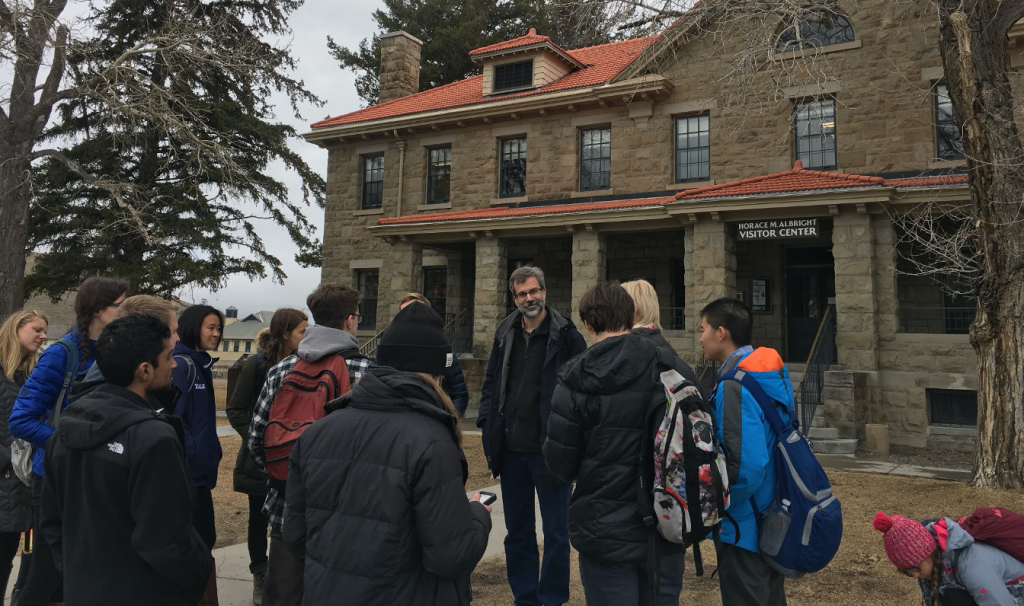 Wallace teaches a class at the Horace M. Albright Visitors Center in Mammoth Hot Springs, Yellowstone National Park, as a guest field instructor at the Yale School of the Environment.

Wallace has been recognized with national and organizational awards for his teaching, research and applied work. In 2014, the Carnegie Foundation for the Advancement of Teaching and the Council for the Advancement and Support of Education named him Pennsylvania Professor of the Year. He received the H. Lloyd Jones Jr. Award for Excellence in Mentoring and Advising from Ursinus College in 2012, and in 2007 he received the Lindback Foundation Award for Distinguished Teaching. Wallace is a former staff member of the U.S. Marine Mammal Commission, where he analyzed federal and state species and habitat conservation programs and received both the Federal Service Award and Federal Performance Award. 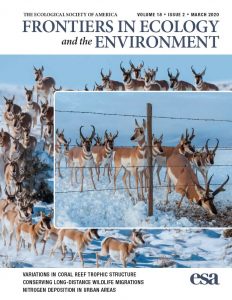 Frontiers in Ecology and the Environment, which features both peer-reviewed papers and non-peer-reviewed editorials, news and special series, consistently ranks in the top ten journals in both the Ecology and Environmental Science subcategories of Journal Citation Reports. The journal’s broad interdisciplinary appeal attracts readers from different backgrounds, educational levels and career stages.

“There is a strong tradition in Frontiers of building bridges within and outside of the ecological sciences,” says Catherine O’Riordan, ESA executive director. “Dr. Wallace’s experience working at the interface of research and conservation action make him an excellent choice for advancing the journal’s vision, and we’re very pleased to welcome him to ESA.”

Wallace will become the second editor-in-chief of Frontiers since the journal was first launched in 2003 by founding editor Sue Silver, Ph.D., who has retired to live in Scotland. Her dedication and vision for Frontiers guided its growth into the well-respected journal it is today.

Wallace will step into the new role at ESA in a full-time capacity in January 2021, after his teaching commitments conclude.

The Ecological Society of America (ESA), founded in 1915, is the world’s largest community of professional ecologists and a trusted source of ecological knowledge, committed to advancing the understanding of life on Earth. The 9,000 member Society publishes five journals and a membership bulletin and broadly shares ecological information through policy, media outreach, and education initiatives. The Society’s Annual Meeting attracts 3,000+ attendees and features the most recent advances in ecological science. Visit the ESA website at https://www.esa.org.