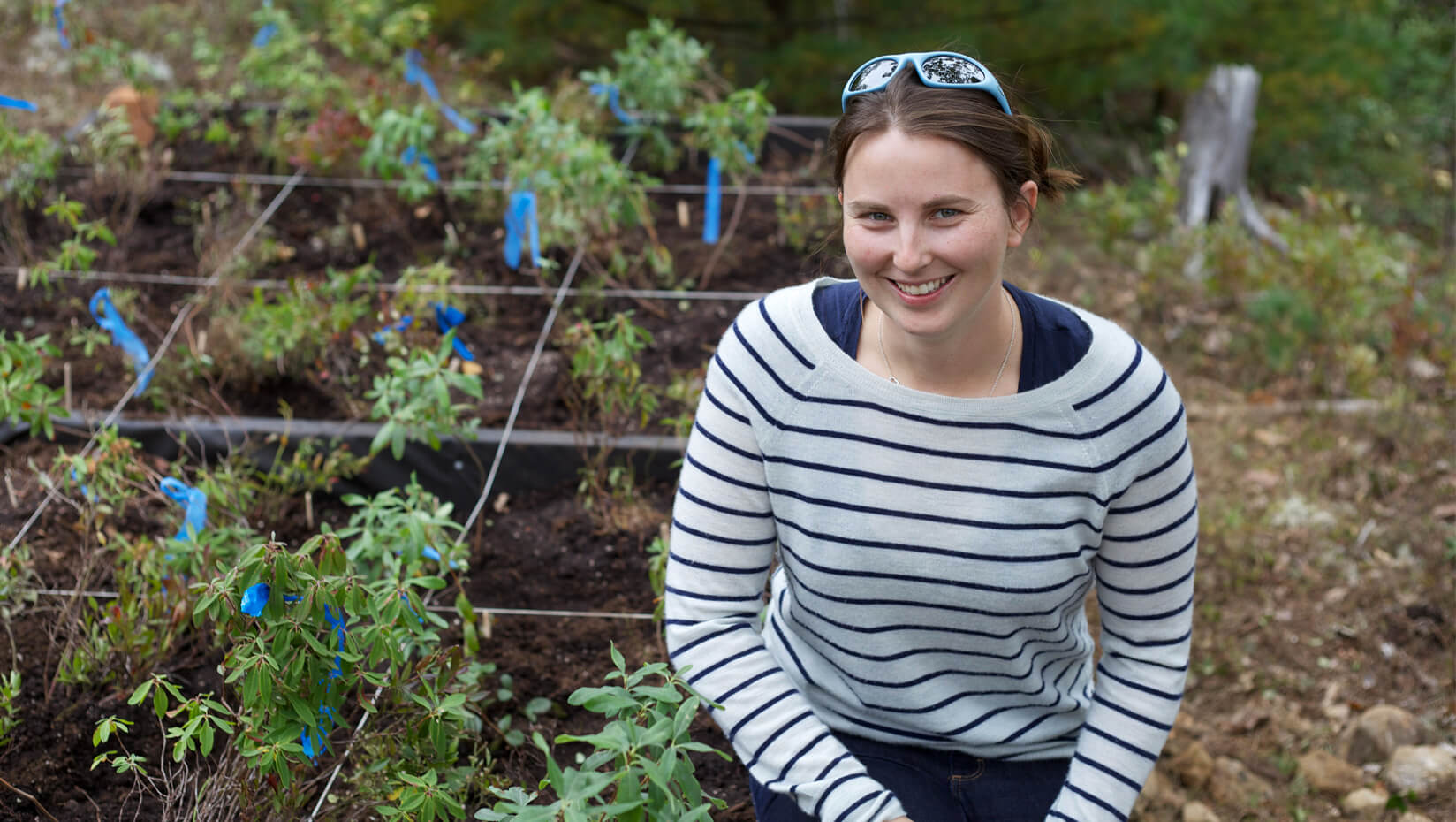 The postdoctoral fellow at the University of Maine shares the award with Mason Heberling, who is the study’s first author, and with co-authors Jason Fridley, Susan Kalisz and Richard Primack.

“The Mercer Award is such an honor, and I’m so proud to share this with such a wonderful group of collaborators,” says McDonough MacKenzie, a David H. Smith Conservation Research Fellow at the Climate Change Institute.

“This paper sprouted from a side project that started as I was wrapping up my Ph.D. in the Primack Lab and it’s been a lovely excuse to stay in touch with my PI Richard Primack and field sites in Thoreau’s Concord.”

McDonough MacKenzie and Primack presented Henry David Thoreau’s scientific observations to Heberling, the assistant curator of Botany at Carnegie Museum of Natural History. They also presented data of tree and wildflower leaf-out dates measured for 37 separate years as recently as 2018 in Concord, Massachusetts.

“We noticed that the long-term phenology [study of cyclic and seasonal natural phenomena] records in Concord showed leaf out in canopy trees to be more sensitive to climate change than understory wildflowers and wondered about the impact of that mismatch,” says McDonough MacKenzie.

The team compared Thoreau’s observations to photosynthetic data collected in a forest in Fox Chapel, Pennsylvania by Heberling and Kalisz of the University of Tennessee, Knoxville.

Together, the analyses show that small differences in the responses of wildflowers versus trees to a warming climate already could be harming wildflower abundance and flowering, with greater effects in coming years.

“I still can’t believe the serendipity of connecting with Mason, Jason, and Susan as they were studying shade and carbon budgets for understory wildflowers,” says McDonough MacKenzie.

“This collaboration flourished because we were all so excited to find each other. Throughout the project, I was genuinely overwhelmed by my co-authors’ openness, generosity, and support.”