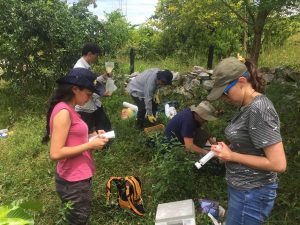 Four hours east of Medellín in northern Colombia’s Puerto Triunfo municipality, the sprawling hacienda constructed by infamous drug lord Pablo Escobar of “Narcos” fame has become a tourist attraction. When Escobar’s empire crashed, the exotic animals housed at his family’s zoo, including rhinos, giraffes and zebras, were safely relocated to new homes… except for the hippopotamuses.

With no safe or practical way to remove the animals, the original population of four hippos has since ballooned to more than 80, per the last estimate (background story here).

Now, scientists at the University of California San Diego and their colleagues in Colombia have provided the first scientific assessment of the impact the invasive animals are having on Colombian aquatic ecosystems. Their study is published in the journal Ecology.

“This unique species has a big impact on its ecosystem in its native range in Africa, and we found that it has a similar impact when you import it into an entirely new continent with a completely different environment and cast of characters,” said UC San Diego Biological Sciences Professor Jonathan Shurin. “It’s clear that this effect might include negative consequences for water quality and water resources by fueling harmful algae and bacteria.”

Read the article in Ecology: https://esajournals.onlinelibrary.wiley.com/doi/abs/10.1002/ecy.2991