Yeasts in nectar can stimulate the growth of bee colonies 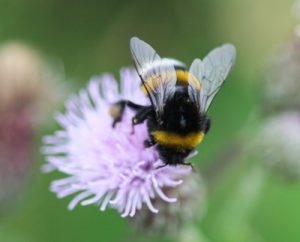 Researchers from KU Leuven have discovered that the presence of yeasts can alter the chemical composition and thus the nutritional value of nectar for pollinators such as bees. The study discovered that yeasts can even boost bee health and colony fitness. “Research into the role of microbes in our ecosystem is of vital importance to safeguard bees.”

It is not widely known that pollen and floral nectar contain yeasts. Even on one flower, the types and amount of yeasts that occur can widely vary. These variations lead to vast differences in the nutritional value of the nectar of each flower, specifically when it comes to the sugars and amino acids present. Yeasts eat the sugars in the nectar that is supposed to supply nutrients to the bees.

To find out whether the presence of yeasts impacts bees, a team led by María I. Pozo from the KU Leuven Biology Department added five different yeast species to nectar. They then investigated how the yeast affected the chemical composition of the nectar and how, in turn, this has an impact on the bees. The researchers used colonies of the buff-tailed bumblebee or Bombus Terrestris. They investigated the development of the colonies and various other indicators of well-being, such as the bees’ size and weight, their mortality rate, weight loss during hibernation, their mating success, and resistance to infections.

In addition, the attractiveness of nectar with yeasts was investigated by using an artificial flower field. Half of the flowers contained a different type of sugary solution with yeasts, while the other half contained only the sugar water. The researchers computed how often the bees visited each flower type and how much time the bees spent with the flowers.

Nectar is the perfect food for bees. Since bees are globally in decline, it is important to know if and how yeasts influence their wellbeing as a species.

The results show that even though yeasts significantly alter the composition of nectar, this does not have an impact on the foraging behaviour of the bees, nor on how much of the nectar they consumed. “We had expected the opposite, so this was quite surprising,” says María I. Pozo. “The bees seem to be able to digest the yeast cells, which contain more concentrated nutrients than the nectar itself.”

Some yeasts even had a positive effect on the growth of the bee colonies, as fewer bee larvae died in the colonies that received the yeast supplement. These colonies also produced a larger amount of worker bees, which result in more vigorous colonies.