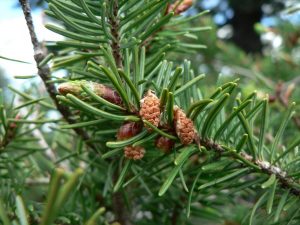 The study, which was recently published in the journal Ecological Applications, examined burn-affected ponderosa pine and Douglas-fir stands in southern Colorado and northern New Mexico to better understand variation in forest responses. The researchers measured post-burn seedling (i.e. juvenile trees that established following fires) densities after fires dating from 1988-2010 and found that 42% of ponderosa pine sites and 69% of Douglas-fir sites fell below the lowest reported historical tree densities in those areas.

The findings suggest that some burned areas are more vulnerable to forest loss than others. An absence of viable coniferous seeds, particularly near the interior of severe burn zones, can drastically hamper a forest’s ability to recover to its prior state. In addition, warm and dry conditions, such as those found at low elevations and on south-facing slopes, impede new tree seedling establishment.