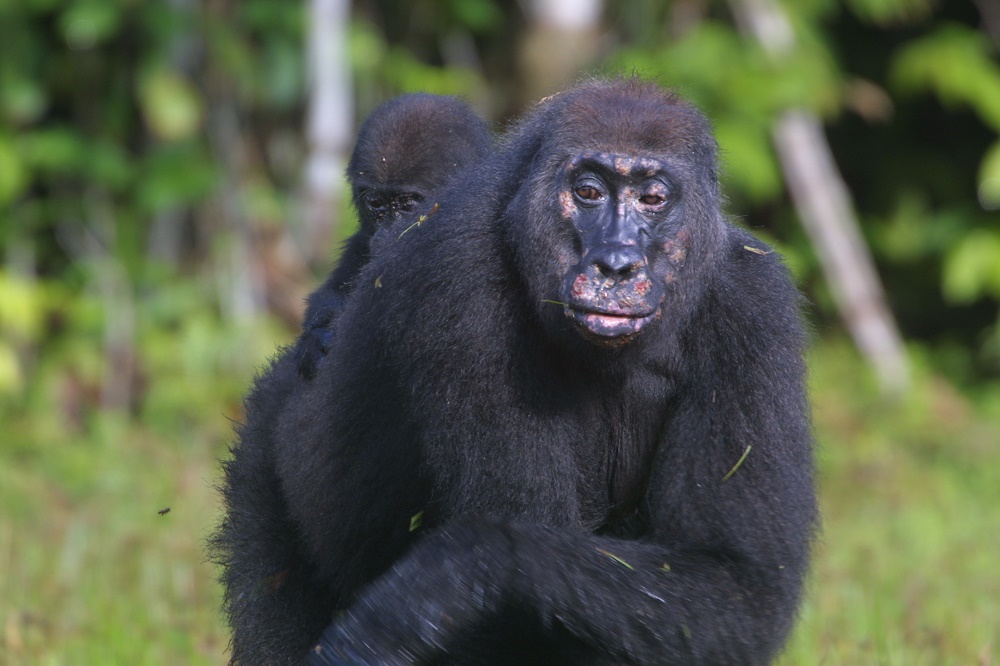 Gorillas are social animals, living in groups that females will migrate to join, becoming members of harems. Though some factors motivating these migrations were previously known, a research team affiliated with the CNRS and Université de Rennes 1 has just demonstrated that female gorillas are able to avoid conspecifics liable to transmit yaws, which leads to conspicuous ulcers on the animals’ faces. While studying 593 gorillas for over a decade, the scientists observed that females leave males and overly diseased groups to join healthier ones, avoiding other sick groups at all costs. The team’s findings, which are published in Ecology‘s September issue, suggest gorillas learn the disease is contagious and are able to detect one of its symptoms in others, namely disfigurement.