Exotic Pets Can Become Pests with Risk of Invasion

As international exotic pet trade grows, a better understanding of forces driving the trade is needed to reduce the threat of new invasion events

Exotic pets like these, on display at the 2018 Repticon in West Palm Beach, can escape and form invasive communities. Photo courtesy of Adam Toomes.

A large proportion of successful vertebrate invasions can be traced to the global exotic pet trade. However, surprisingly little is known about the economic, social, and ecological factors that shape the trade and how they influence the establishment of self-sustaining populations of non-native species.

In a new study published in the Ecological Society of America’s journal Frontiers in Ecology and the Environment, a team of researchers gain further insight into the dynamics of the exotic pet trade and the role it plays in the introduction of invasive vertebrate populations across the globe.

“The market in exotic pets has grown considerably since the 1970s, and the volume of vertebrate animals that are traded worldwide is shocking, even to relatively seasoned invasion biologists,” says Julie Lockwood, lead author of the paper and professor in the Department of Ecology, Evolution, and Natural Resources at Rutgers University. “In particular, the numbers of reptiles and marine fish have really skyrocketed over the past couple of decades, most of which could easily be traced back to an upsurge in their popularity as exotic pets.”

In the study, the researchers take a close look at the socioeconomic and socioecological forces that drive the exotic vertebrate pet trade. These are found to vary widely, depending on the unique economic, social, regulatory, and cultural contexts of a particular country or region. At the most fundamental level, however, basic market forces appear to be the main impetus for the trade in exotic vertebrates – specifically, a growing global demand for exotic vertebrates for pets, especially in economically emerging countries in South America and Asia. 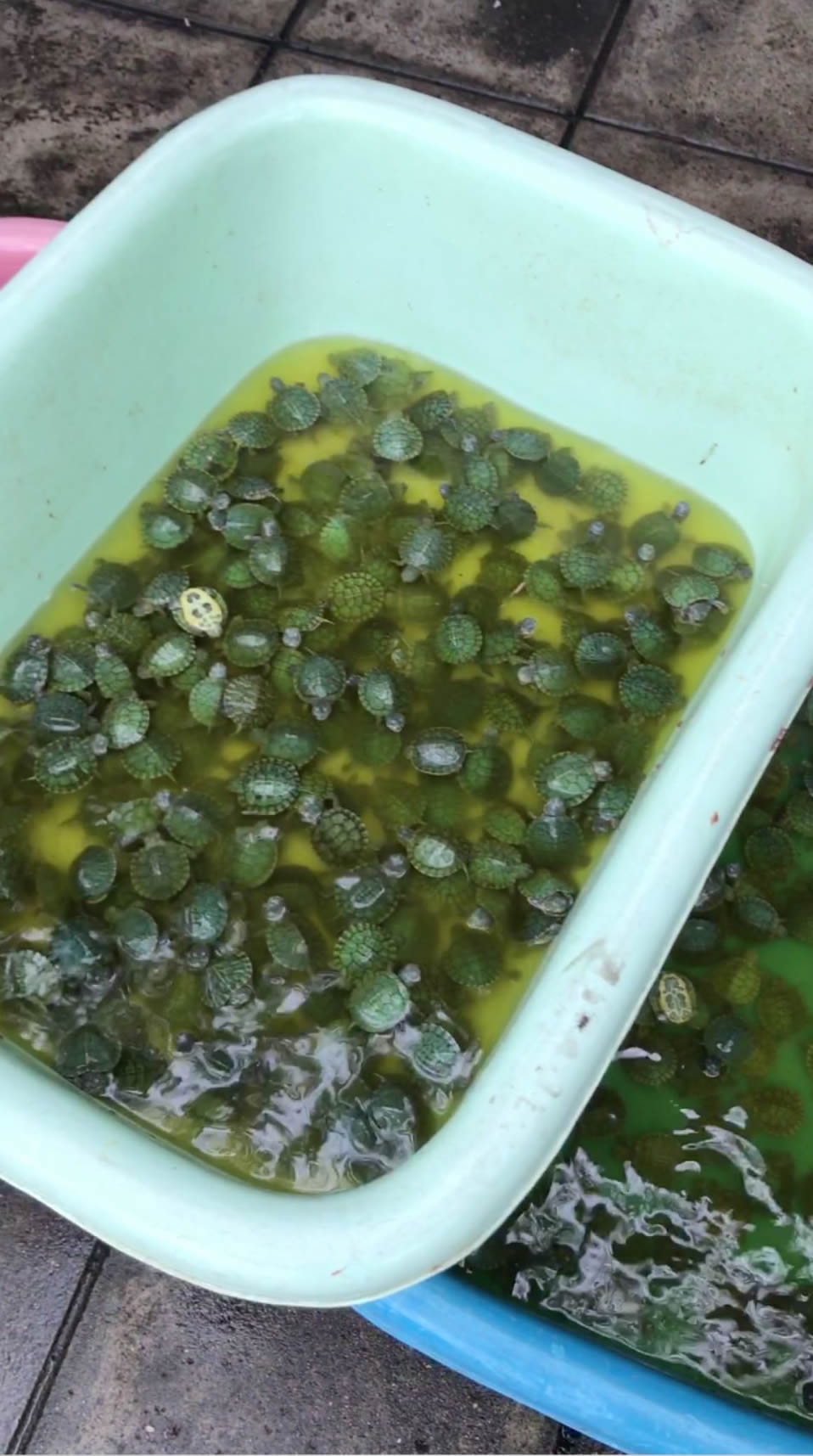 The demand for exotic pets, like these turtles found at a Bangkok street market, spurs the global trade. Photo courtesy of Julian D Avery.

The authors are surprised at the degree of variability in the global exotic pet market. “Some species, like goldfish or monk parakeets, have been standard pets for decades,” explains Lockwood, “while others only show up in the market for a year or two and then disappear. But it is not entirely clear what is producing this dynamic, except to note that some species are easy to care for and breed well in captivity, and therefore don’t cost much to purchase.” Hundreds of thousands of individuals of these species are sold each year, and if even a tiny fraction were to escape or were freed, they would have the potential to form viable wild populations.

“It was also interesting to see that there were some very consistent patterns in which of the species in each group (fishes, birds, reptiles, amphibians) now have non-native populations,” Lockwood adds. “In the US, for example, it is very clear that the species that are imported into the country at the highest volume (number of individuals) are the species most likely to have introduced populations.”

Factors that go into an owner’s decision to release an exotic pet, instead of putting it up for adoption or having it humanely euthanized, are largely unknown. Additionally, very little information is available concerning the release of exotic pet stocks by importers, wholesalers, and retailers, or the frequency of escape from homes and breeding and wholesale facilities. Moreover, most countries do not maintain comprehensive records of imported pet species, and even among those that do, animals are often recorded as “unidentified” or are misidentified, deficiencies that greatly challenge monitoring, regulatory, and control efforts.

Wider availability and increasing ease of buying exotic pets online, along with a lack of regulatory standards and enforcement and the growing appeal of owning exotic vertebrates, have facilitated the spread of these species from their native ranges into many new parts of the world, amplifying the potential for future invasions. Combating the expected subsequent rise in non-native vertebrate invasion events will require a more thorough understanding of the socioeconomic and socioecological forces underlying the global trade in exotic pets. “We simply do not have a lot of information on what factors lead to a species being incorporated into the trade in the first place, or what factors lead to escape or release,” Lockwood concludes. “Without this information it is very difficult to pinpoint policy directives so that people can still enjoy owning and interacting with exotic pets while reducing the chances that the trade will generate more harmful invasive species.”

The Ecological Society of America (ESA), founded in 1915, is the world’s largest community of professional ecologists and a trusted source of ecological knowledge, committed to advancing the understanding of life on Earth. The 9,000 member Society publishes five journals and a membership bulletin and broadly shares ecological information through policy, media outreach, and education initiatives. The Society’s Annual Meeting attracts 3,000-4,000 attendees and features the most recent advances in ecological science. Visit the ESA website at http://www.esa.org.