Get a sneak peek into these new scientific papers, publishing April 1, 2019 in the Ecological Society of America’s journal Frontiers in Ecology and the Environment.

Artificial lights from cities cause disruption among nocturnally migrating birds (Chicago, Houston, and Dallas are the worst)

The radiance of major urban center artificial light at night is measured by satellite. Photo courtesy of Kyle G. Horton.

Researchers from the Cornell Lab of Ornithology and the University of Oxford’s Edward Grey Institute have collected over two decades of data from satellites and weather radars to pinpoint the areas where artificial light affects the highest number of nocturnally migrating birds, and at what times of year the most birds are affected. They found that birds migrating through Chicago, Houston, and Dallas faced the highest levels of exposure, and that levels of exposure in these areas were as much as 20 times higher than in the 122 other major cities they studied. 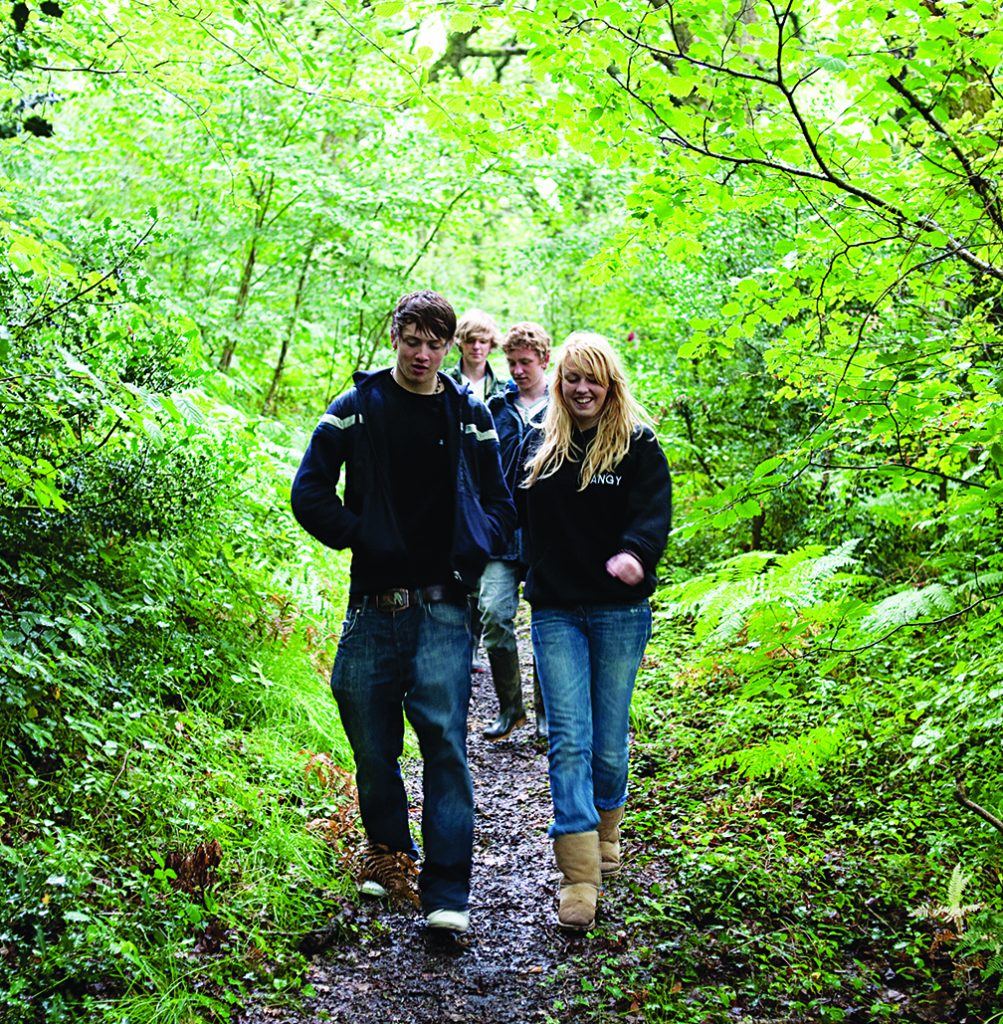 Reconnecting older teenagers with nature before and as they enter adulthood could be critical. Photo courtesy of E Bentall/www.respb-images.com

How your age predicts your attitude toward nature

Conservation organizations often encourage people to spend time outdoors as a means of motivating pro-environmental behavior. However, humans’ sense of connection to nature depends on many social and psychological factors, and may also fluctuate with age, providing useful patterns to consider when designing audience-specific conservation strategies. A team of researchers from the Royal Society for the Protection of Birds and the University of Essex surveyed nearly 400 people to identify age- and demographic-related patterns in humans’ connection to nature and found that connection was much lower in teenagers than in children under 12 and that males consistently showed lower levels of nature connection than females, with the exception of those in their late 20s.

Building a global network to track squirrels and foxes in cities 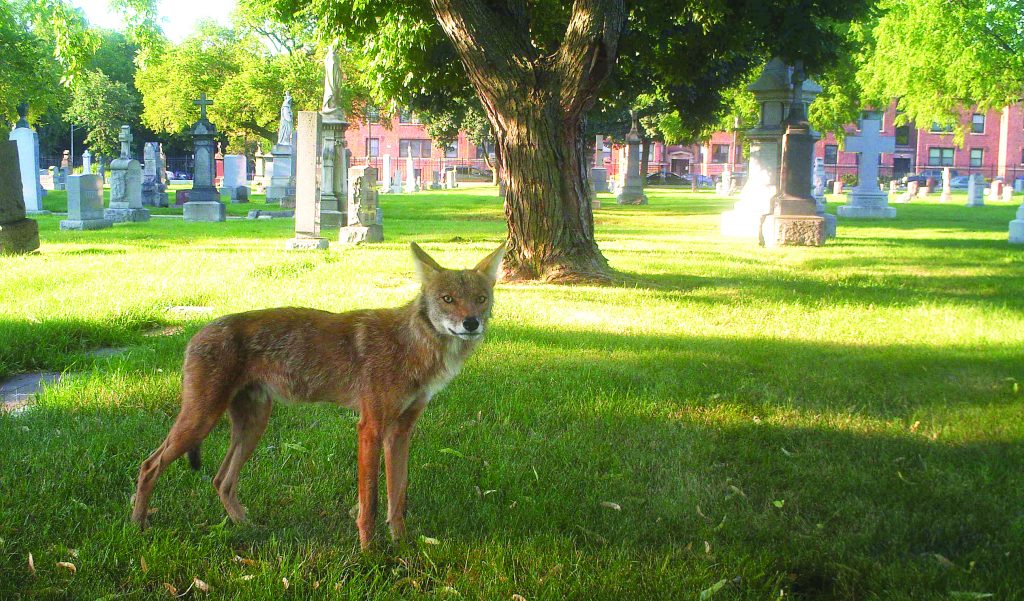 A coyote (Canis latrans) in a cemetery in Chicago, Illinois. Photo courtesy of Seth B. Magle.

Researchers from Chicago’s Lincoln Park Zoo and a number of universities across the US have developed a network of research groups that collect and share data about biodiversity in cities. In a new Frontiers paper, the authors show how the Urban Wildlife Information Network (UWIN)’s  protocols, which were first implemented in Chicago, can be adapted for use in virtually any city and for any type of wildlife, including mammals, birds, reptiles, and amphibians. UWIN partners also collaborate with science educators and crowdsourcing research platforms such as Zooniverse to engage communities in local environmental research.

In this remote-sensing image, colors indicate distance from scanner and saturation indicates laser reflectivity. Photo courtesy of M Palace/CC BY 4.0

Using new tech to keep a finger on Earth’s pulse

Remote-sensing measurements offer a way for ecologists to obtain large volumes of data that show how ecosystems are changing; furthermore, collecting these measurements is more cost-effective than many types of on-the-ground field experiments. A new review in Frontiers examines the advantages of five high-tech approaches: spectroscopy, thermal and fluorescence imaging, terrestrial laser scanning, digital repeat photography, and unmanned aerial systems. For example, infrared cameras can generate round-the-clock heat maps of plants to show how they are responding to changes in the environment in near real time, and drones’ flight paths can be pre-programmed to collect data from the same places multiple times. The authors explain how such approaches can be used alone or in combination to carry out accurate and far-reaching planetary-scale global-change experiments. 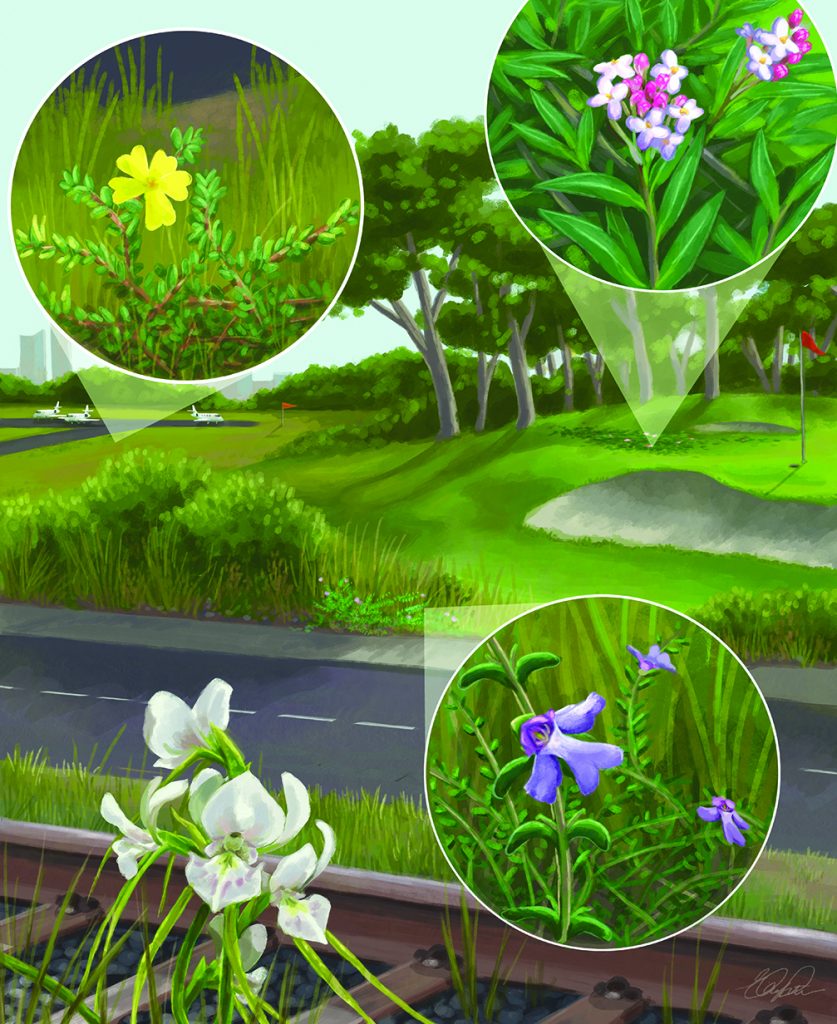 Urban-restricted species rely on a variety of land-use types such as golf courses, railway verges, and roadsides. Art courtesy of E Pirtle.

Many endangered species persist only in urban areas, so efforts to save them depend entirely on conservation strategies in cities. Ecologists from the University of Melbourne identified 39 threatened Australian species that are restricted to urban areas (including the Western swamp tortoise, several orchid species, trees, and a snail species) and discussed the strategies that have been used to protect them. They recommend that urban conservationists prioritize small, unconventional urban areas not typically used for conservation, keep careful watch on development activities, be willing to maintain secrecy regarding the location of threatened species, and engage human communities in stewardship and conservation activities.