In the Santa Ana River floodplain, an endangered plant needs the effects of intense flooding to grow and survive in loose soil 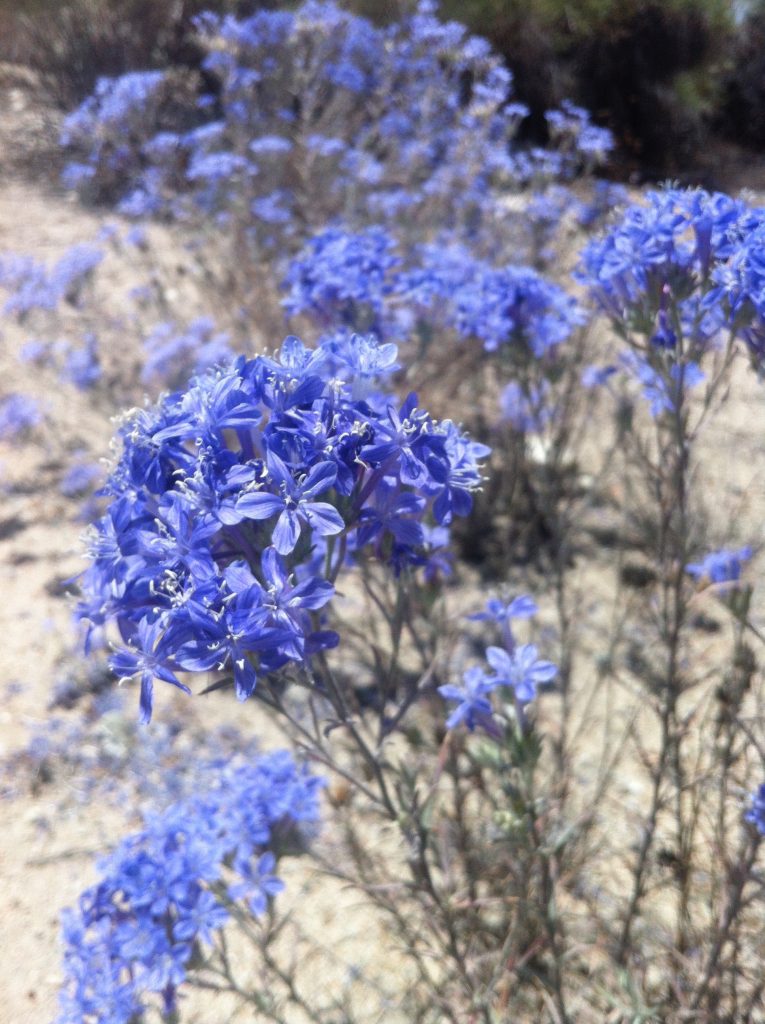 The endangered Santa Ana Woolly Star depends on catastrophic floods to create its preferred habitat of loose soil. Thanks to a huge dam, natural floods are now nonexistent in its home turf. Photo courtesy of Darren Sandquist.

A small, crunchy, spiny plant redefines toughness as it thrives on catastrophic flooding. The endangered Santa Ana Woolly Star does not just prosper with floods, though; it depends on them. Thanks to a huge dam, natural floods are now nonexistent in its home turf.

In a study published in the Ecological Society of America’s journal Ecosphere, researchers use different soil treatments mimicking flood effects in the woolly star’s preferred habitat, exploring the effectiveness of each to help the plant survive in the face of urban development.

The woolly star (Eriastrum densifolium) is a perennial plant that grows on loose and unstable clay, silt, sand, and gravel left by infrequent, large floods in the Santa Ana River floodplain of southern California. It was classified as an endangered species in 1987 under the Federal Endangered Species Act of 1973 due to flood control measures that reduce its habitat. With the construction of the Seven Oaks Dam in 2000 – the tenth largest earthen dam in the world – the occasional flooding, scouring, and deposition of new soil needed to create the woolly star’s favored habitat does not occur at all.

Without targeted reestablishment of flows and flood pulses, or treatments that artificially mimic catastrophic flooding, woolly star populations are unlikely to exist for long in the floodplain.

In the newly published paper, Rebecca R. Hernandez of the University of California, Davis, and Darren R. Sandquist from California State University, Fullerton, examine the effectiveness of different soil treatments on native plant recovery. The methods mimic one or more physical disturbances occurring after a natural flooding event: the researchers cleared all plant cover, scoured the top soil layer, and added sand to imitate deposits that occur after flooding. They established an experimental site in 1999, using treatments on plots of land and surveying for plant cover, abundance, maturity, and diversity at varying intervals after treatments were given. 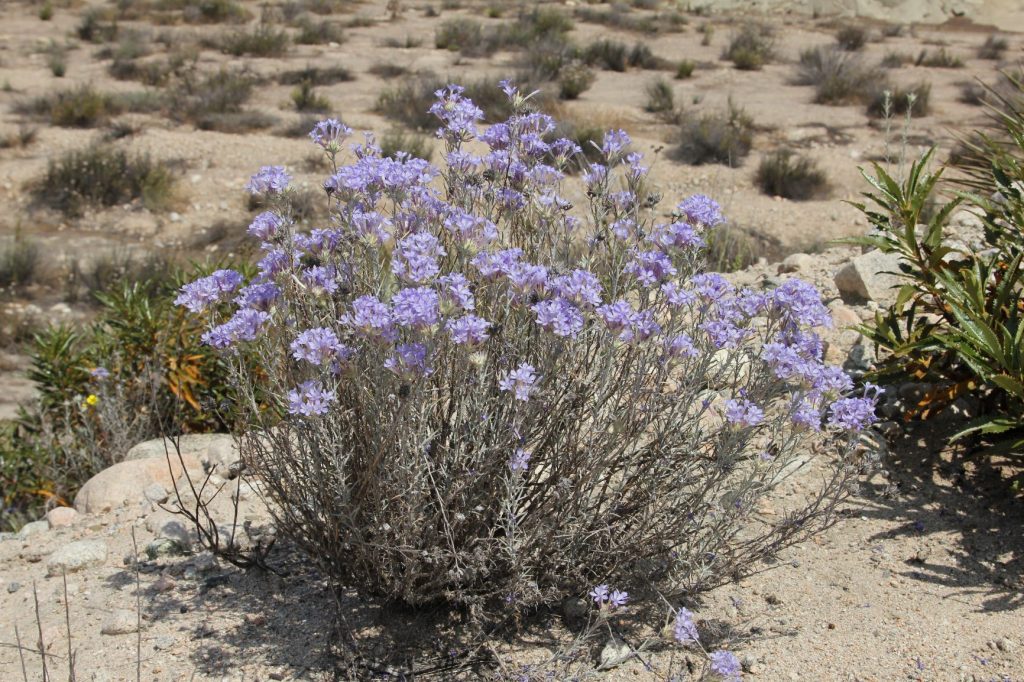 Researchers use soil treatments that mimic one or more physical disturbances occurring after a natural flooding event, such as scouring away topsoil. Photo courtesy of Ken Corey/USFWS.

Hernandez hypothesizes that soil treatments mimicking catastrophic floods will help reestablish woolly star plants, while taking no action will favor invasive grasses and other exotic plant species. Without intense flood pulses, the soil becomes more stable and supportive of these competing plants. The grass then further stabilizes the soil, creating an inhospitable area for the woolly stars that prefer loose dirt, and the grasses and other invasive plants out compete them for territory.

The treatment that simulated vegetation and soil being scoured away by rushing floodwaters resulted in the highest rate of woolly star survival. The plots treated with this method also had the least amount of competing grasses. As predicted, if plots are not treated in any way, there is very low year-to-year survival of woolly star, covering only 1.2 percent of the ground. The other treatments show responses ranging between these extremes, with treatments simulating sediment deposition from flooding in second place. Scouring or burying the existing soil surface is the most important driver for reestablishment of the woolly star.

As of 2011, over one million dams have been constructed worldwide, degrading, damaging, and destroying downstream habitats. Recovery methods like these soil treatments help sustain populations of native plant species in one such habitat, whose numbers are on the decline since installation of the Seven Oaks dam. Hopefully, these efforts in the Santa Ana River floodplain will lead to a self-sustaining ecosystem with high biodiversity and become a model for managing similarly-challenged ecosystems elsewhere.

The Ecological Society of America, founded in 1915, is the world‘s largest community of professional ecologists and a trusted source of ecological knowledge, committed to advancing the understanding of life on Earth. The 9,000 member Society publishes five journals and a membership bulletin and broadly shares ecological information through policy, media outreach, and education initiatives. The Society‘s Annual Meeting attracts 4,000 attendees and features the most recent advances in ecological science. Visit the ESA website at http://www.esa.org. 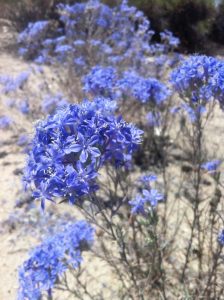