Owls Against Owls in a Challenge for Survival 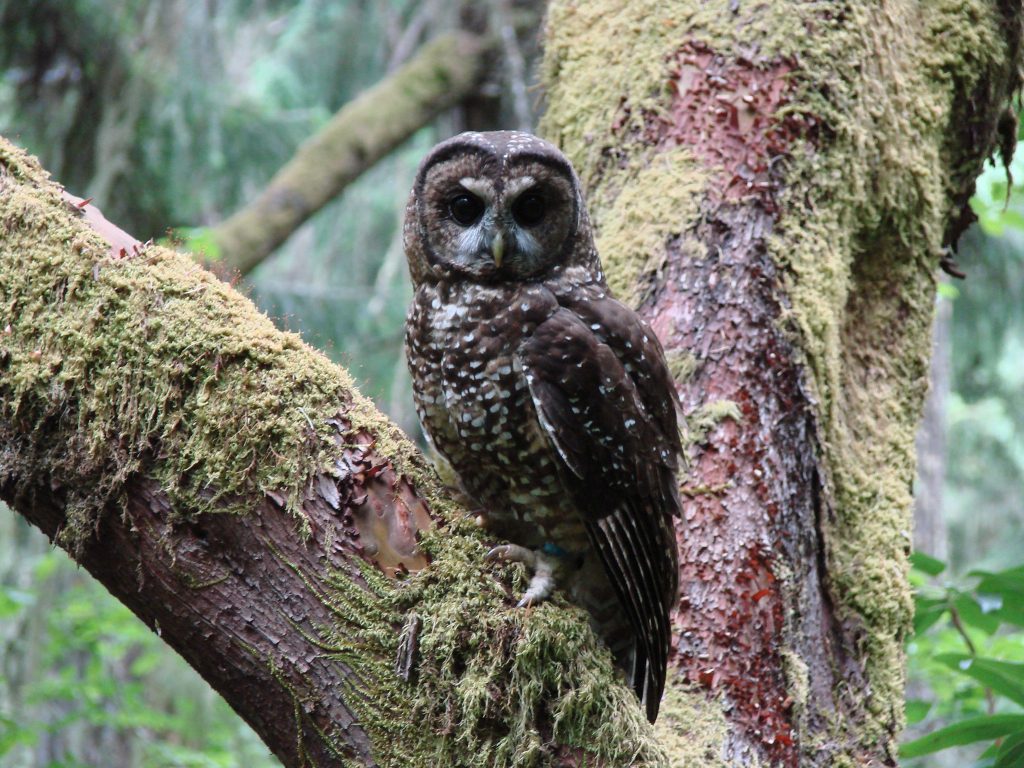 Scientists are puzzling out how to address the declining numbers of northern spotted owls (NSO) in their Pacific Northwest forest habitat. A new study in the Ecological Society of America’s journal Ecological Applications explores the reasons why spotted owls are losing a foothold in their habitat, forecasts future habitat conditions and species interactions, and suggests best management practices.

The U.S Fish and Wildlife Service first listed the species as “threatened” under the Endangered Species Act in the late 20th century because years of over-logging left the owls’ forest home degraded. The U.S Forest Service and the Bureau of Land Manangemnet began actively managing federal lands using the 1994 Northwest Forest Plan that focuses on preserving and increasing the acreage of the spotted owls’ preferred mature forests habitat.

While some restoration of the forest is occurring, there are other pressures affecting the forests like the 2002 Biscuit Fire that burned nearly 500,000 acres in southern Oregon and northern California. From the beginning of the implementation of the 1994 plan, managers expected owl populations to continue declining because regrowth and recovery of old forest is a slow process that occurs over decades.

And yet, even with those projections, mangers and ecologists are surprised NSO populations are decreasing at a greater rate than anticipated. The reason? The northern spotted owls are not alone in their forests.

Barred owls began to invade the northern portion of spotted owl’s range about 50 years ago and existed in low numbers in 1994 when the Northwest Forest Plan went into effect. Unfortunately, barred owls are an invasive species and increase quickly in numbers.

“We have known for some time that NSO are reliant on older forest as habitat, that recovering NSO would require recovering this habitat, and that this process of recovery would take many decades,” says lead author Charles Yackulic of the U.S. Geological Survey. “Twenty-five years ago, however, we did not anticipate the increases in barred owl abundances would lead to a second major threat to NSO recovery.” 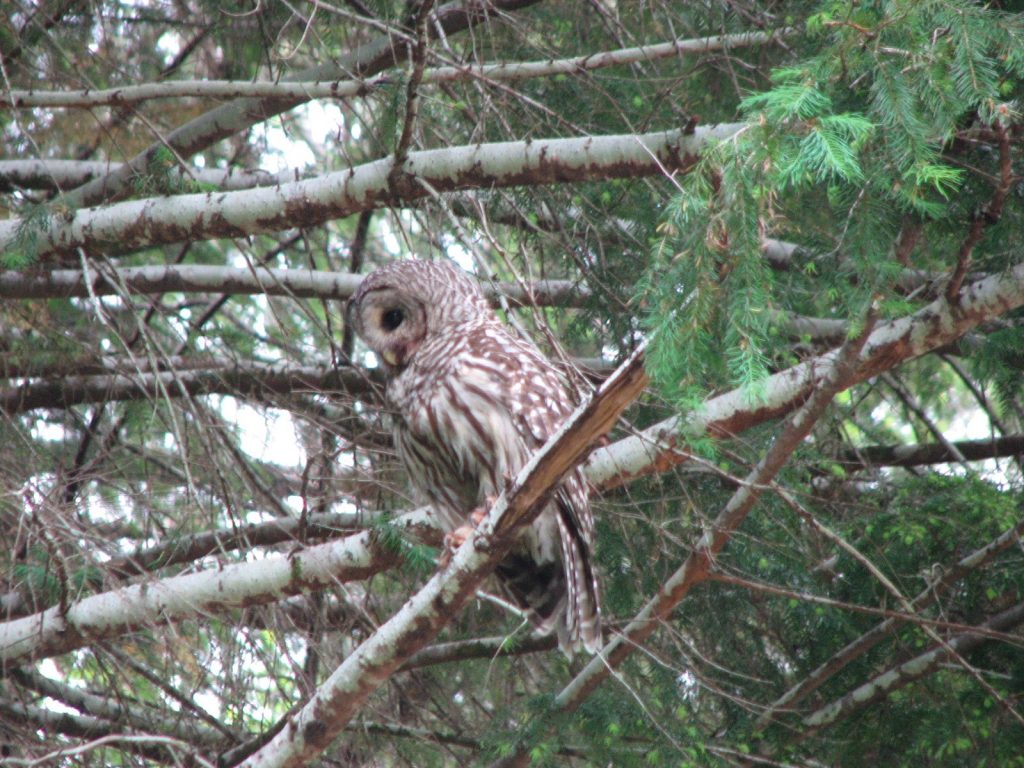 Barred owls (pictured here) are a strong competitor for northern spotted owls and may drive them to extinction in some areas of the Pacific Northwest if not managed properly. Photo courtesy of Charles Yackulic/U.S. Forest Service – Pacific Northwest Research Station.

“NSO are only found in the Pacific Northwest and play a unique role in the food webs of intact forest in this region,” explains Yackulic. “While barred owls serve some similar ecological functions, they eat a broader range of prey and there is evidence their invasion is leading to trophic cascades – unexpected declines in other members of the ecological communities because of differences in how NSO versus barred owls interact with food webs.”

In the paper, the researchers analyze the relative importance of habitat conditions and barred owl competition in past and future NSO territorial population dynamics in eleven study areas. They also forecast the future interactions between the two owl species under current management conditions and under scenarios with various levels of barred owl removal or changes in habitat.

They find that recent wide-range declines in NSO occupancy are driven primarily by competition with increasing barred owl populations and removal of barred owls is an effective management option to prevent declines in the near future.

But barred owl removal is not enough on its own, either. While barred owl removal could stabilize NSO populations in the short-term, forest regeneration can take 50 or more years. Maintaining or improving habitat conditions is an important factor in promoting spotted owl survival over longer periods and allows managers to be less reliant on barred owl removals in the future.

In short, spotted owl populations survival may depend on managers’ using a two-fold approach of removing barred owls in the short term and preserving the forests in the long run. The researchers project this combination results in a 95 percent probability that spotted owls will persist in these areas for 50 or more years – a best-case scenario. However, without either practice, if habitat conditions worsen and barred owls are not removed at all, spotted owls will be extinct from many of the study areas within decades.

In the future, the researchers hope to understand how to effectively use barred owl removal methods, and where to prioritize them. They also want to identify if any habitat conditions can support both owl species. Who knows – there may be situations under which NSO can coexist with barred owls, and the two can manage to get along.

Yackulic, Charles, et al. 2019. “The past and future roles of competition and habitat in the range-wide occupancy dynamics of Northern Spotted Owls.” Ecological Applications. DOI: 10.1002/eap.1861 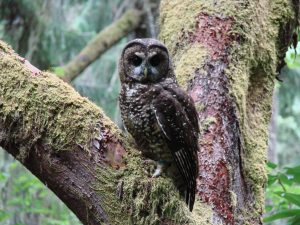