Why charismatic, introduced species are so difficult to manage

Introduced and invasive species can present big problems, particularly when those species are charismatic, finds a recently published paper in the Ecological Society of America’s journal Frontiers in Ecology and the Environment.

People tend to have a more favorable view of species that are large; do not bite, crawl, or squirm; are not oily or slimy; or are culturally valued. Some introduced species, like zebra mussels, tend to be reviled by the public, and people willingly adhere to strict management policies.

However, if an animal has that elusive quality of charisma, people often don’t want it to be controlled, even if it’s harming the environment. Inevitably, these imbalances in public perception of introduced species influence the way those organisms are managed. 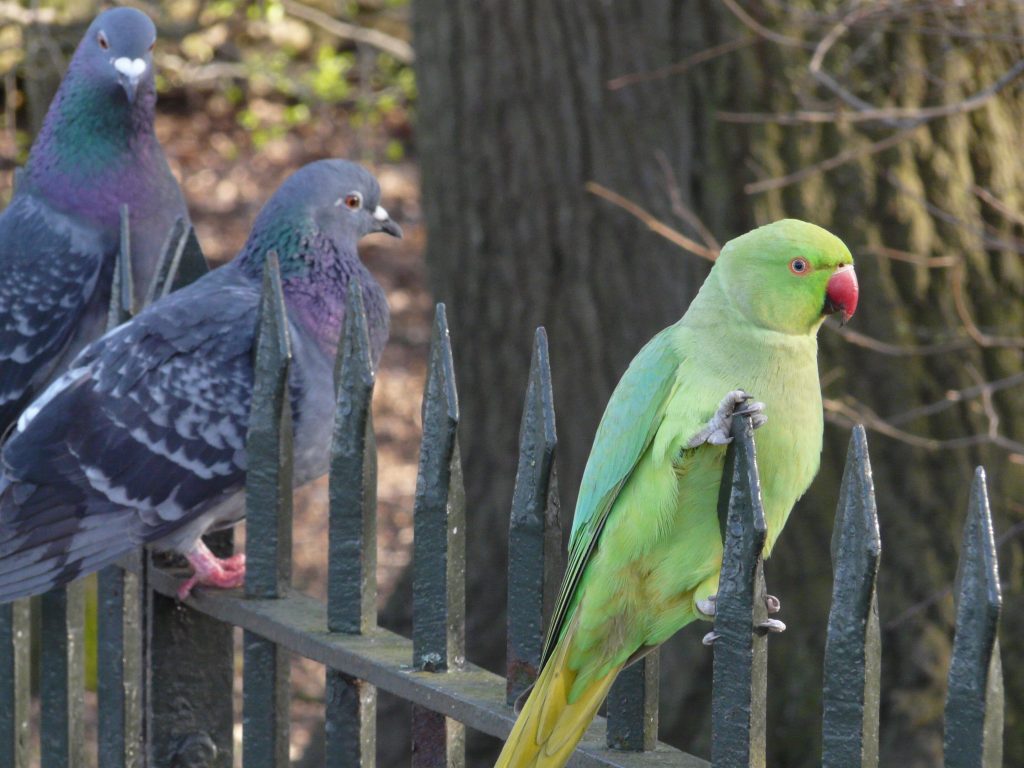 Ring-necked parakeets and feral domestic pigeons both frequent some urban areas in the UK, and people have grown used to seeing them in their local parks. Photo courtesy of Loz Pycock.

Take the ring-necked parakeet (Psittacula krameri) for example. The pet trade has led to an established population of parakeets in Europe, far outside the species’ native range. Even though parakeets can transmit diseases to native birds, compete with them for nesting cavities, and are recognized as a crop pest, the public enjoys seeing them in parks, gardens, and homes. Introduced parakeets tend to be released in cities, but the parakeets actually exact the most damage in rural areas. But because people have grown used to them, they are likely to oppose eradication efforts that take place before the birds become an established nuisance.

Opposition to the management of charismatic species can be exacerbated by these “social–ecological mismatches” – differences between the scales of interacting social and ecological systems. In the parakeets’ case, the introduced birds have not been around for more than a few decades, which is not a long time on an ecological scale. But it is long for humans – many have grown up knowing the parakeets are part of their neighborhood, and so oppose efforts to manage them.

A group of researchers from the US Geological Survey (USGS) and universities in the US and UK explored how public perception and management actions toward charismatic, introduced species are often at odds with the ecological characteristics of these populations.

The paper argues that scale – and specifically for mismatches of scale between social and ecological systems – is a key influence on many conflicts involving introduced-species management. In a nutshell, the average citizen or policymaker experiences things in “human time” while ecosystems and introduced species experience things in “ecosystem time.” The same goes for differences in spatial scale; humans experience things on a human scale – their neighborhood, their city, things at the level of their own experience – while ecosystems and invasive species have more far-reaching consequences that are tough for people to comprehend. This makes it difficult to enact policies that are in line with the way ecosystems behave and species invasions occur.

The researchers explore other cases of introduced species and suggest ways to establish science-based strategies for managing them while also maintaining public trust. 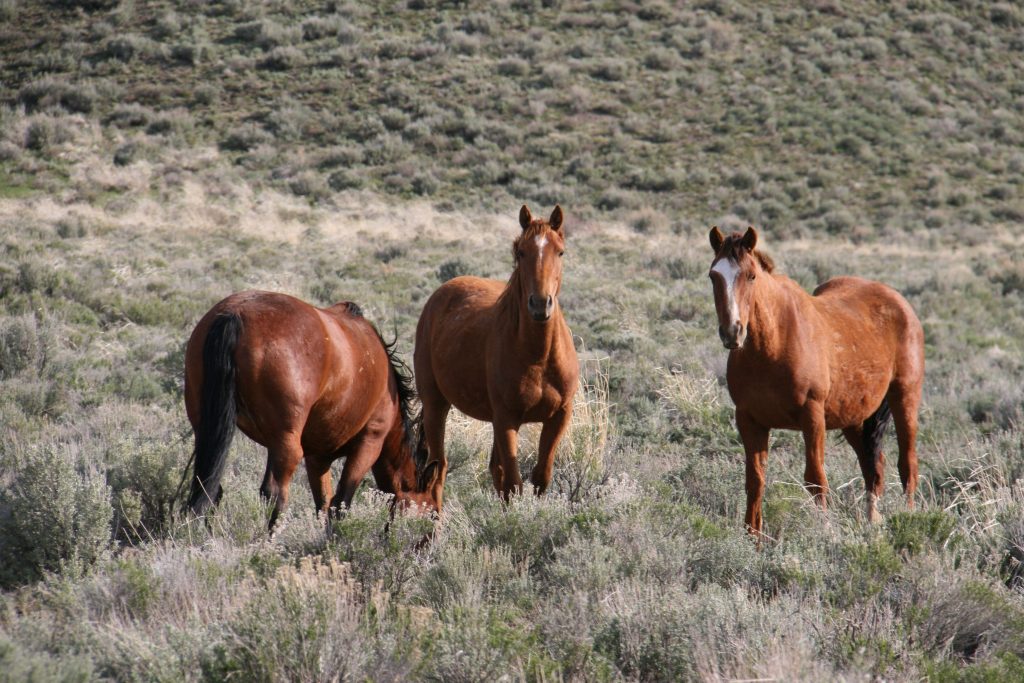 Horses have been integral to human life throughout history, and hold widespread cultural significance. But horses are not native (at least in the modern era) to many of the places where they currently roam. Photo courtesy of Steve Petersen.

Free-roaming horses (Equus caballus) are another example. Horses have been integral to human life throughout history, and hold widespread cultural significance. But horses are not native (at least in the modern era) to many of the places where they currently roam, and many of their populations have high growth rates. Some nations, like Australia, cull their wild horse populations in an attempt to control grazing impacts on indigenous plants. In an Argentinian provincial park, wild horses have reduced native plant cover and allowed invasive pines to gain a foothold – a result that conflicts with the park’s fundamental management goal of preserving the native grasslands.

In the US, there are nearly three times as many horses on rangelands than the Bureau of Land Management (BLM) has said is appropriate. One of the more socially acceptable management practices is to relocate them to holding facilities, but these can be overcrowded and take up a considerable portion of BLM funding.

Lead author Erik A. Beever of USGS explains that, as with the parakeets, social and ecological scales are at odds with each other for these iconic mammals. Management approaches can be standardized at the state or national level, yet the differences in how horses’ influences play out in nature illustrate the importance of locally-relevant approaches. “Horses can move very far,” he said, “but their management areas can be small and the boundaries do not shift over time or account for seasonal movement.” Additionally, management decisions and projects may take months to years to come into effect, while natural events can shift horse populations in days or weeks.

These differences in the scales at which social and ecological systems interact with introduced species create multi-faceted management and conservation challenges. However, Beever and his colleagues hope that shedding some light on this fundamental problem will aid management tactics in the future.

“There are tools, techniques, and approaches that can help to bring progress and even resolution to these situations,” he says. “Addressing social–ecological mismatches will be an important element to effectively manage introduced species; this will require early, meaningful communication about complex management issues among researchers, managers, and the public, and a collaborative search for practical solutions and compromises.”

Hazel A. Jackson, Durrell Institute of Conservation and Ecology, School of Anthropology and Conservation, University of Kent 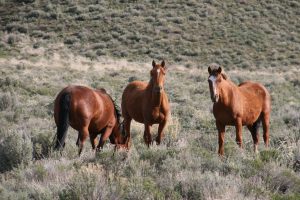