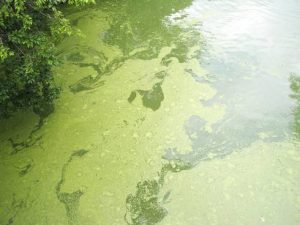 A team of scientists from Michigan State University (MSU) and the University of Wisconsin analyzed 30 years of data for 365 lakes in the northeastern and Midwestern U.S. to test whether changes in temperature and precipitation affect water clarity, which measures the cloudiness of the water. The group’s work is featured in a paper in the journal Ecological Applications.

Previous research on a small number of lakes has shown that water clarity responds to climate change, but few studies have looked to see how widespread this is and whether hundreds of lakes across different regions respond the same.

The team found that water clarity declined in many northeastern states–Maine, Vermont and New York–in response to summer rainfall, but was not affected by temperature. In contrast, many lakes in Midwestern states–Michigan, Minnesota and Wisconsin–responded to summer temperatures rather than precipitation.