Life of an albatross: tackling individuality in studies of populations

A study published in Ecological Monographs follows 9,685 wandering albatrosses throughout their long lives, seeking the intrinsic differences that make some individuals outstanding performers 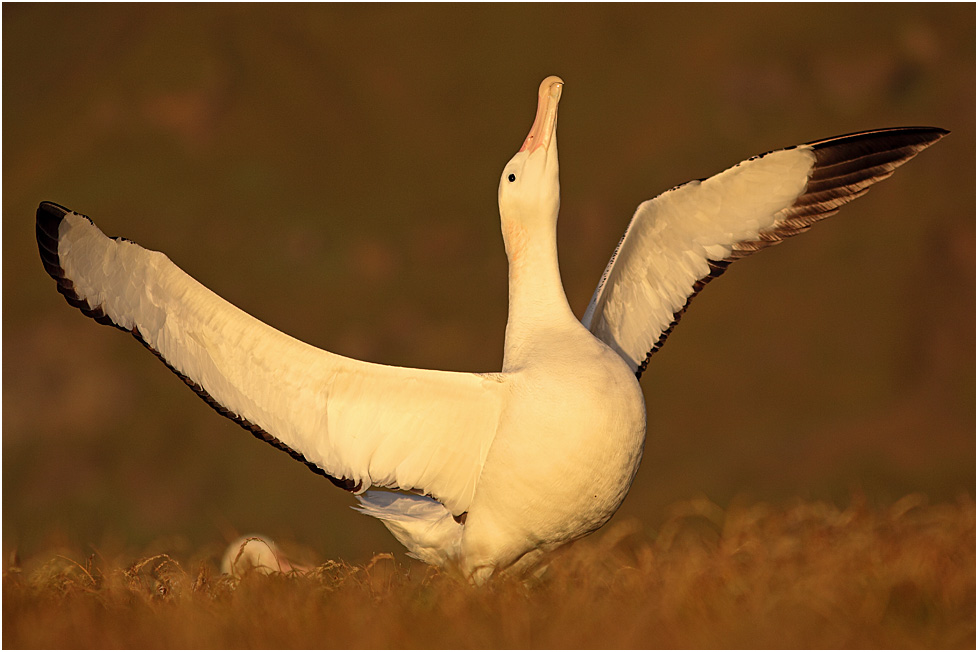 A wandering albatross (Diomedea exulans) displays its individuality in the Crozet Islands, a remote archipelago in the southern Indian Ocean. Credit, V. Nivet-Mazerolles. Used by permission.

When ecologists study populations of animals, they commonly round off the individuality of individuals, treating animals of the same species, sex, and age like identical units. This has practical utility for studies focused on how populations change in size and composition and how they respond to their environment.

Rémi Fay, a student at Université de La Rochelle, in Villiers-en-Bois, France, is interested in the peculiarities that make some animals more successful than others. Unrecognized differences in performance between individuals can sometimes have demographic effects that skew the interpretation of data at the scale of whole populations, if the differences are not due to chance but to an underlying variability in “individual quality.” If, for example, low-quality individuals die young, the population as a whole would appear to gain in performance with age.

In a study published in the Ecological Society of America’s journal Ecological Monographs, Fay and his colleagues pursued the elusive individual quality in a population of wandering albatross, a singular bird possessed of several helpful characteristics for distinguishing the influence of individual quality: they live a very long time, grow to adulthood slowly, and breed infrequently, investing all of their parental energy into a single egg every few years.

Fay and colleagues observed that some birds consistently performed better throughout their lives on distinct measures of survival and procreative success. Birds that began reproducing early also had more chicks, and were more likely to successfully rear their chicks to fledge and take flight. These high-performing birds were more likely to live a long time. Failed breeders were more likely to fail again.

The concordance in success in several life history traits, the authors say, is an indication that these individuals have an intrinsic quality that makes them successful, rather than occasional good luck. Quality varied strongly between birds born in different years. This observation suggests that the early-life environment has a powerful, lifelong influence, Fay says. Birds born in warm years, when there is less food, were smaller. Birds born in years of high population density also performed more poorly throughout their lives.

Although fundamental to natural selection, individual quality is notoriously difficult to pin down. Teasing out performance differences due to inherent individual quality from the luck of the environmental draw requires life-long monitoring of many individuals that are known to be the same age. Individuals must be marked at birth. High sample sizes are needed, because the juvenile years are a big hurdle; many young animals do not make it to adulthood.

Fay had at his disposal a remarkable dataset collected by researchers from his institution on Possession Island in the Crozet Archipelago (46°S; 52°E) in the southern Indian Ocean. From 1965 to 2013, researchers banded all newly hatched wanderings albatross chicks and followed the birds throughout their lives. Researchers returned every summer to record the important events of a bird’s life: hatching, fledging, juvenile years at sea, the first egg, successful rearing of chicks, death of chicks, missed breeding opportunities, and aging. 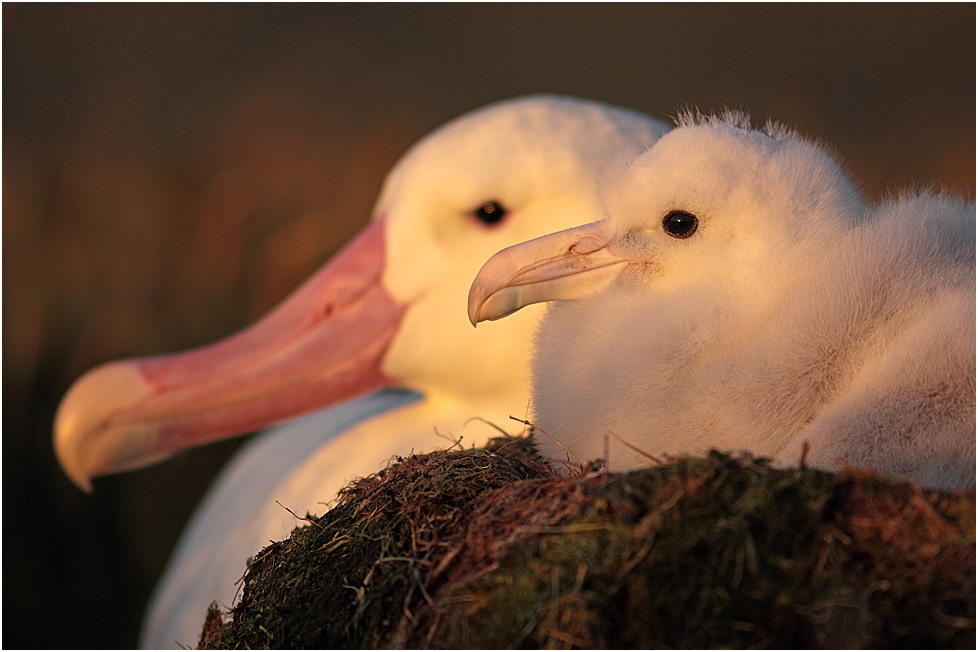 Wandering albatrosses are delightfully weird and charismatic birds. They spend most of their long lives in the air, coming to ground in the southern summer to breed on rocky islands near the Antarctic Circle. They famously trail behind fishing vessels, waiting for cast-offs. Their distinctive wingspan, extending over 11 feet (up to 3.5 meters), is the largest of all living birds. On this great span, the birds can glide long distances with minimal effort, riding favorable winds for hundreds of miles per day with rarely a need to flap. Some circumnavigate Antarctica multiple times a year.

They mate for life and produce just one egg in a season, with the male and female taking turns to warm their solitary charge through an 11-week incubation. The parents feed their nest-bound chick for another 8-10 months, remaining through the ensuing winter snows. They forage over thousands of miles to feed their enormous chick until it reaches a weight heavier than their own. The juveniles will need their stored calories to survive long enough to learn the skills necessary to stay aloft, cruising the open waves of the southern hemisphere oceans, looking for fish and squid meals they can scoop from the surface.

After rearing their chick, the parents take a sabbatical year at sea before returning to the colony to breed again. Juveniles leave the nest and head out alone to the open sea. They don’t return for at least 3 years, perfecting their flying and foraging skills through an extended adolescence. Their age when they begin breeding varies greatly. Albatrosses may conceive their first egg as young as 6 and as old as 15, with most beginning parenthood at 9 to 10 years. Body weight and health factor strongly into the birds’ decision to breed.

A precocious advancement to parenthood, Fay and colleagues say, could indicate superior foraging ability. In individuals of the same age, that shared the same environment, such idiosyncrasies could depend on differences in an underlying quality intrinsic to the individual. A pattern of lifelong success in reproduction supports the conclusion that an underlying quality drives their performance, the authors say.

More females than males performed highly after two years of age. The authors do not know if male and female birds travel different paths during their youthful years at sea, and thus experience different challenges. Old males, but not old females, take long trips to sea and their blood contains corticosterone at levels that indicate stress. The team observed that male birds also face a trade-off in performance and longevity that does not affect females. After 30, albatrosses begin to age. High-performing males, the authors found, declined faster than other birds that survived into their golden years. 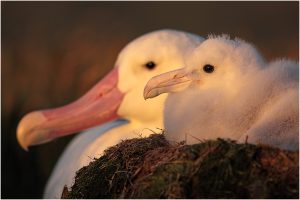