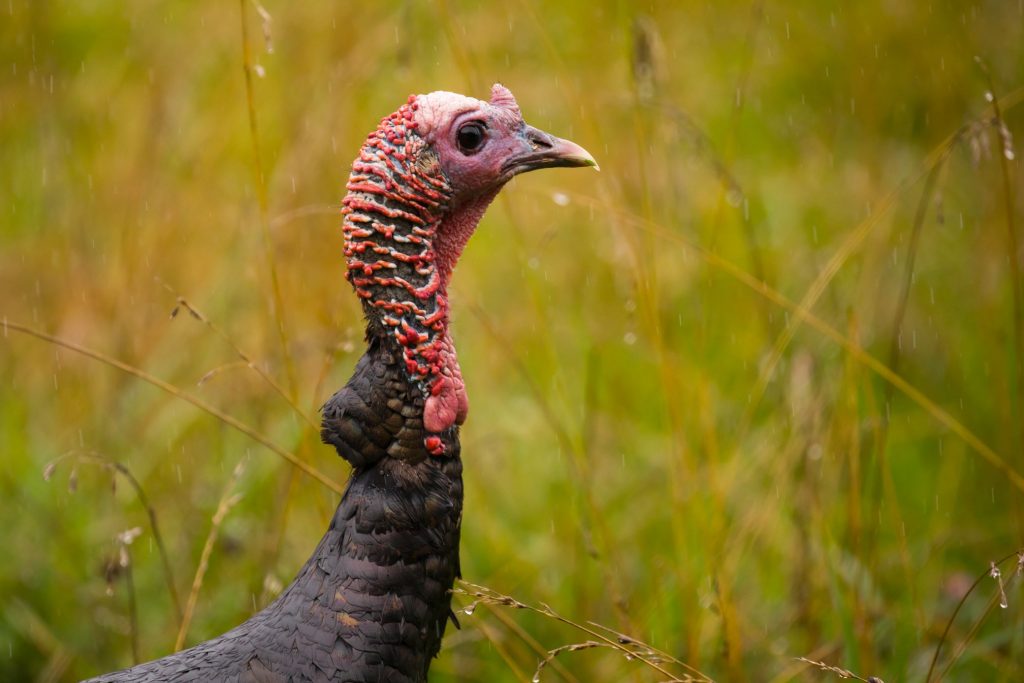 As American families sit down for the traditional turkey dinner this Thanksgiving, some will be giving thanks for a wild bird that is truly free range. Meleagris gallopavo, the wild turkey, has steadily gained in popularity with hunters since successful restoration efforts put it back on the table at the end of the twentieth century. The expansion of turkey hunting bucks the trend throughout the United States of declining participation in hunting overall. The distinguished native bird is now second in popularity only to white tailed deer.

The recovery of the wild turkey is a great restoration success story. But concerns have been rising over the specter of declines in some areas. Lack of reliable tools to estimate abundance of turkeys has increased uncertainty for managers. So wildlife researchers at Michigan State University investigated how to harvest wild turkeys sustainably when information is imperfect.

“As we dug into the turkey data, we realized this was a worldwide problem. How do we decide how to set management policies for sustainable harvests of wildlife when we don’t have knowledge about abundance?” said lead author Bryan Stevens, currently a postdoctoral researcher at the University of Idaho, who led the study as part of his dissertation work at Michigan State.

Stevens and colleagues describe a formal evaluation process for managing wild game when rigorous abundance estimates are not available, in a study published this fall in the Ecological Society of America’s journal Ecological Applications.

They discuss a case study on the management of wild turkey harvests specifically, but present a structured decision making process that can be applied more generally, including in situations in which hunting provides an essential source of food for local people.

“The knowledge that we gained through this process will continue to be applied as we move forward with wild turkey management in Michigan,” said Al Stewart, upland game bird specialist and program leader for the Michigan Department of Natural Resources. Stewart, who has worked with wild turkeys in Michigan for over 40 years, participated in the case study with a diverse coalition of people sharing an interest in turkey welfare, representing agricultural interests, tribal groups, hunters, birders, and wildlife conservationists.

“The structured decision making process, and information learned as part of this activity, can be used in other states as well. I fully support the value of the work,” he said. “Wild turkeys are not endangered. They are doing well. But as biologists we want to understand why we see some harvest declines. Is it because there are fewer birds, or fewer hunters? When hunters see fewer birds, they also want to know why it is happening.”

Bringing together stakeholders in structured decision making helped managers better understand their data and what it means, as well as contituents’ interests and how they respond to changes, or perceived changes, in turkey populations, Stewart said.  He presented at some of the early meetings to explain the history, goals and objectives of the turkey program to get the group on the same playing field in terms of knowledge. The process took about three years.

“Everyone brings ideas to the table for discussion. Are we seeing a real decline, or expected population plateau? Are turkeys being eaten by predators, hit by cars, killed by disease in significant numbers? Was the cold wet spring the cause of the decrease this year? There is no right or wrong answser for discussion,” Stewart said. “Then we talk about it in the context of the science – which ideas have scientific support, and which may be a wildlife rumor. If there is a perception that it’s going on, we may need to focus our research on the question.” 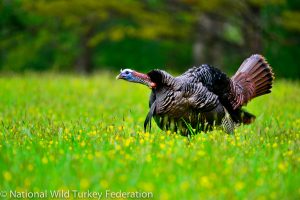 Harvest benchmarks are typically based on studies of regional, defined populations of turkeys in specific locations. But ecologists know that localized environmental conditions affect critical population parameters, like how many chicks females produce that survive to adulthood. Turkey populations do not behave identically, everywhere.

To get around the information deficit, Stevens and his coauthors reviewed the available field studies, examining the differences in chick-rearing productivity and the rate of survival to adulthood of young birds. They looked at the relative vulnerability of males and females to hunters in different locations. Based on this observed heterogeneity, they incorporated ranges into their models rather than specific values. They assessed how sustainable turkey harvests responded to changes in productivity and vulnerability, to determine which attributes were most sensitive to uncertainty. By taking uncertainty about population and harvest parameters into account, the authors say, managers can apply principles of structured decision making to set harvest targets when they do not have the infrastructure to rigorously track changes in their turkey populations from year to year.

In some cases, this approach may mean more conservative limits than would be recommended if more information were available to tailor target reference points for the particular locality.

Stevens and his coauthors talked with stakeholders about their values and priorities in order to set performance objectives. Though he heard minor concerns from the farming sector, most people enjoy large populations of turkeys, Stevens said. Turkeys do far less damage to crops than deer or raccoons and do not inspire the kind of controversy that smolders in discussions of sustaining large predators.

“Lots of people like seeing turkeys in parks and reserves, and even in their backyards. The turkey is fairly non-controversial,” Stevens said.

Hunters in Michigan were most interested in sustaining their traditional opportunities to hunt during the spring.

Michigan, like much of the U.S., has two turkey-hunting seasons. The spring season allows only males to be taken. In the fall, after the year’s chicks have reached adult size, both sexes may be hunted. Because turkeys are polygamous, their populations are more sentive to the loss of hens during the fall hunt than the loss of males during spring. The researchers incorporated the hunters’ preferences for the male-only spring hunt into their calculation of harvest targets.

They recommended that, when managers have no information about the new additions to the turkey population and the relative vulnerability of hens to hunters, fall harvest rates be no higher than 4, 2, or 1 percent of fall turkey populations when the corresponding male-only harvest in the spring had been low, medium, or high.

Wild turkeys came under intensive management in the 1940s when state and federal agencies were first organizing in response to vanishing wildlife.

At the time of the legendary first Thanksgiving, wild turkeys roamed the future United States from southern Maine to Florida, west to Texas and parts of the Southwest and Rocky Mountains. Henry David Thoreau was already lamenting the disappearance of wild turkey and other wildlife from Massachusetts in his journal in 1856. By the 1930s, unregulated hunting and loss of woodland habitat had extirpated the turkey from much of its native range. Conservationists worried that the iconic bird might become extinct.

But the turkey bounced back surprisingly well with the end of commercial markets and unregulated hunting for wild game, and large-scale restoration and reintroduction efforts. It has returned to its historic range and beyond.

Habitat protections and changes in land use that led to the return of eastern forests gave the birds space to roam. Hunting groups played a large role in restoration, Stevens says, helping agencies to translocate birds from remnant populations in places like the Appalachians and the Ozarks, and are still involved in planting wildlife-friendly vegetation and other habitat management. The birds also adapted better to agricultural landscapes and human presence than expected.

“Adaptable is a good word to describe turkeys. They are really good at surviving on the fringes of developed country as long as there is food. They eat a lot of different things: bugs, grains, nuts, forbes. In agriculture-dominated landscapes they eat the residual grains, corn, and soybeans left after harvest.”

Early wildlife managers underestimated the resilience of the turkey. At the time restoration began, biologists believed the birds required large tracts of mature forest, because that is where they were found. Turkeys are generalists, and actually do well on the edges of human occupied spaces, as long as they have food and trees for roosting. The males’ distinctive gobble can even be heard in green spaces in the heart of industrial Lansing, Michigan.

“Restoration of wild turkeys was really successful. The populations appeared to go up, up, and up. Now restoration is essentially finished, and the task is to determine how we can best manage the birds sustainably into the future, given existing uncertainties and the changes in demography we are starting to observe,” said Stevens.