Footage from penguin-mounted mini video recorders shows four species of penguin eating jellyfish and other gelatinous animals of the open ocean, a food source penguins were not previously believed to partake of, scientists report this month in the Ecological Society of America’s peer-reviewed journal Frontiers in Ecology and the Environment. The article, part of the October issue of the journal, is available online ahead of print.

Video logs confirmed that penguins targeted gelatinous animals for meals; the birds did not merely ingest them accidentally while aiming for fish or other prey. Connecting this link in the food web helps ecologists understand the ecological niche of “gelata,” a group the authors have defined based on shared gelatinous physique and ocean habitat, though it includes organisms from very different branches of the tree of life

Gelata may play an underrated role in the carbon cycle, Jean-Baptiste Thiebot, a postdoctoral fellow at the National Institute of Polar Research in Tokyo, Japan, and 16 co-authors say.

Though gelata pack a relatively low caloric punch, a diet of them can sustain large animals such as sea turtles and ocean sunfish. Penguins, warm-blooded animals with high energetic demands, can now be added to the list of confirmed “jellyvores.” 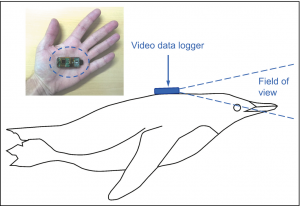 The miniature video-loggers were in place for only one sea outing per penguin, to minimize potential disturbance to the birds.

Thiebot and colleagues estimate that gelatinous organisms provide more than 1 percent the the daily energy needs for Adélie, Magellanic, and yellow-eyed penguins, and up to 2 percent for little penguins.

Penguins appeared to selectively target the carnivores among the gelata, which include species of “true” jellyfish (Cnidaria) and “comb jellies” (Ctenophora). All four penguin species enjoyed true jellyfish, consuming an observed 187 species. Magellanic and little penguins also ate 11 comb jelly species. Vegetarian gelata species known as salps, filter feeders more closely related to humans than jellyfish they resemble, are also common gelatinous denizens of the southern ocreans. These little jet-propelled jelly tubes feed on phytoplankton, the floating, green, single-celled organizms that get enery from light, like plants. In the congregational phase of their lives, they form great chains, tubes, and wheels, sometimes 60 feet long. Although salps appeared in video, penguins did not pursue them. 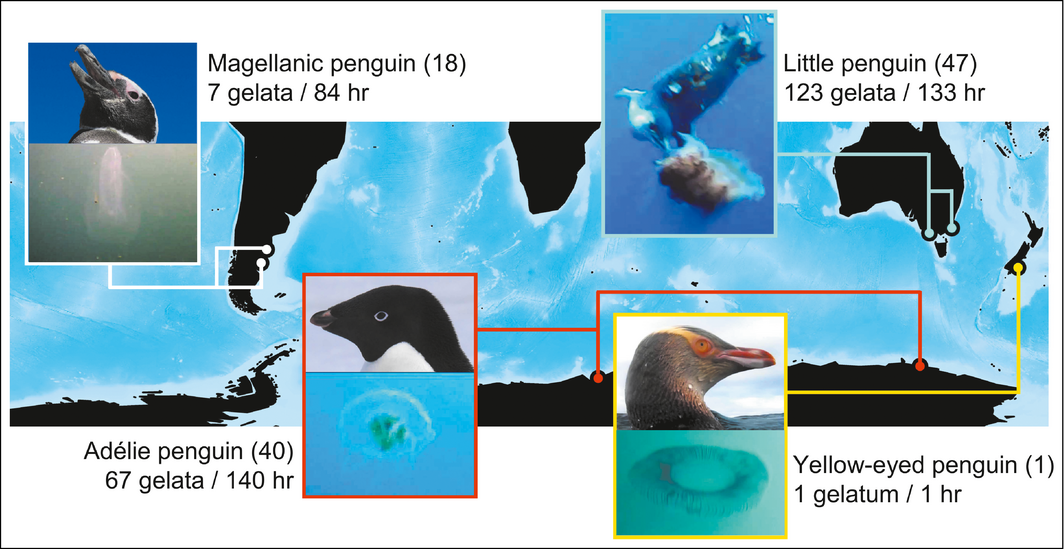 A map shows the location of video surveys for four penguin species, across the southern oceans. Numbers indicate how many penguins received video loggers, observed interactions with gelata (jellyfish or ctenophore), and hours recorded footage. From figure 2 of the paper. Credit: Ecological Society of America.

In the southern oceans, salp population explosions sometimes absorb a big portion of the tiny plankton which would otherwise feed krill, and, in turn, penguins, whales, and seals. Carnivorous jellyfish populations also oscillate worldwide, blooming in cycles that have not been deeply researched in the southern oceans. Thiebot and colleagues’ video evidence has shown that penguins can make use of the gelatinous biomass. But whether the penguins could subsist on a strict gelatum diet during massive blooms is currently unknown. 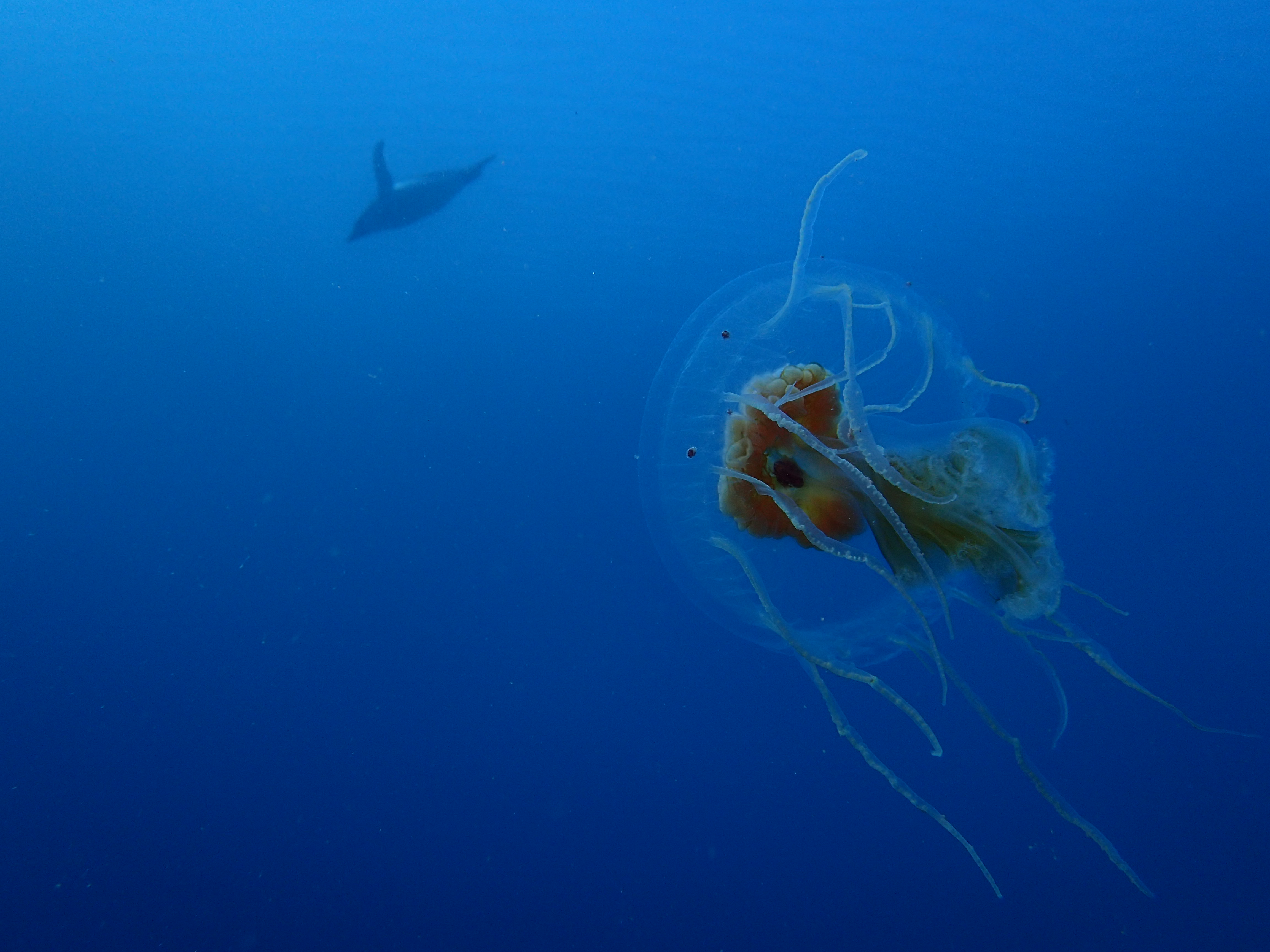