On Sunday, August 7, 2016, the Ecological Society of America (ESA) will present its ninth annual Regional Policy Award to Shannon Estenoz, Director of Everglades Restoration Initiatives for the US Department of Interior during the Society’s Annual Meeting in Fort Lauderdale, Florida. The ESA award recognizes an elected or appointed local policymaker who has an outstanding record of informing policy decisions with ecological science.

Estenoz coordinates the work of the three Department of Interior agencies that are responsible for Everglades restoration efforts: the US Fish and Wildlife Service, the National Park Service, and the US Geological Survey. The Everglades are recognized both nationally and internationally as one of the world’s unique natural and cultural resources. Encompassing nearly 18,000 square miles of the southern tip of the Florida peninsula, the Everglades and the greater Everglades ecosystem (spanning from the Kissimmee River basin north of Lake Okeechobee all the way south to Florida Bay) are also the focus of the world’s largest intergovernmental watershed restoration effort.

“The Society applauds Ms. Estenoz’s decades-long commitment to conservation and her work to protect and restore the Florida Everglades,” said ESA President Monica Turner. “As the largest subtropical wilderness in the United States, the Everglades functions as both a national treasure and critical habitat for a diverse array of flora and fauna. ESA celebrates her collaborative efforts with researchers, policymakers and community leaders to protect this vital ecosystem from pollution, climate change, invasive species and other threats to this cherished ecosystem.”

Estenoz’s career encompasses a spectrum of prior leadership positions: Executive Director of the Environmental and Land Use Law Center, Everglades Program Director of the World Wildlife Fund, three terms as National Co-Chair of the Everglades Coalition, and Sun Coast Regional Director of the National Parks Conservation Association. Florida Governors Lawton Chiles, Jeb Bush, and Charlie Crist tapped her for public service during their tenures.

“I am very honored to be selected for this award by the Ecological Society of America. Strengthening the nexus between science and decision-making is a high priority for me and for the U.S. Department of the Interior’s Office of Everglades Restoration Initiatives,” said Estenoz.

ESA President Turner will present the 2016 ESA Regional Policy Award at the start of the meeting’s Opening Plenary on Sunday, August 7 at 5 PM in the Grand Ballroom of the Hilton Fort Lauderdale Marina. The plenary will be open to the general public. 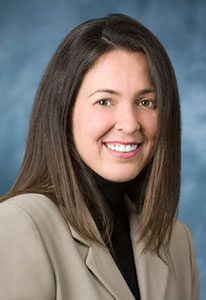