The Distinguished Service Citation recognizes long and distinguished volunteer service to the Ecological Society of America, the scientific community, and the larger purpose of ecology in the public welfare. Carol Brewer, a professor emeritus at the University of Montana, has a long and distinguished record of service to the society and to the broader science community, especially through her efforts in science and conservation education. She holds a B.S. in education as well as a B.A. in biology. In 1993, while still a doctoral student, the society asked her to be one of the campus leads for the new, NSF-supported “Schoolyard Ecology for Elementary School Teachers (SYEFEST) project. Shortly after receiving her Ph.D., she served on ESA’s Standing Committee on Education (1995–99) and became chair of the Education Section (1996–97).

Dr. Brewer helped develop ESA’s Education Office, now the highly successful Education and Diversity Office. She served two terms as ESA’s Vice-President for Education and Human Resources (2000–2006), chaired the Education and Human Resources Committee (2000–2006), and led ESA’s survey of undergraduate ecology education. Most recently, she served as Program Chair for the society’s 2015 Centennial Meeting in Baltimore, Md. Dr. Brewer is active in the Long Term Ecological Research network and was a founding member of the board of directors of the National Ecological Observatory Network (NEON). She co-founded the citizen science Project Budburst in 2007.

ESA will present the 2016 awards during the 2016 Annual Meeting in Fort Lauderdale, Fl. The awards ceremony will take place on Monday, August 8, at 8 AM in the Floridian Ballroom AB, Greater Fort Lauderdale/Broward County Convention Center.

Read about all of the 2016 award winners in the awards master post. 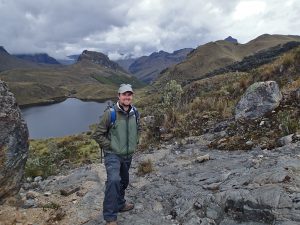