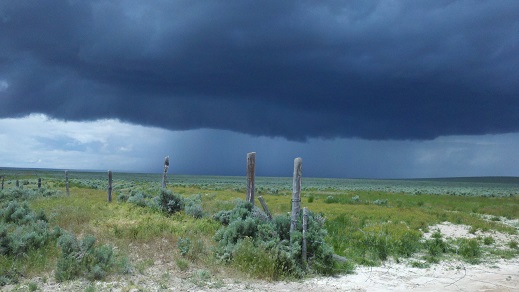 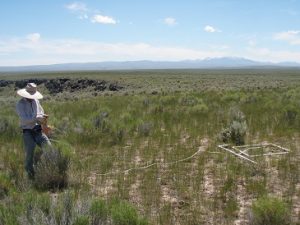 Robert Arkle collected data at Clover Creek in 2009, near the perimeter of a fire that burned on Idaho’s Owyhee High Plateau in 1994. Credit (co-author) David Pilliod, July 2009.

But the factors that ultimately determine the survival of the sagebrush ecosystem may be out of managers’ control. The study, and another tracking the recovery of mountain big sagebrush (A. tridentata subsp. vaseyana) at high elevation, suggest that climate may play a role in the failure of big sage germination and establishment in hotter locations. Managers can try to work with and around climate and weather constraints, but impending climate changes will likely make this task more difficult. Some sites are more resilient than others. It’s possible that parts of the Great Basin will cross a tipping point of climate and species representation, from which they cannot return.