Big global questions face us, among them: How will we feed a growing global population without ruining the soil and polluting freshwater?  Or meet our burgeoning energy demands while curbing the greenhouse gas emissions that fuel rising sea levels, flooding, drought, disease and wildfire? And what can we do to stem the extinction of thousands of other species that share the planet with us?

These daunting “environmental” problems are not only in the domain of ecologists and environmental scientists. Other natural scientists, social, behavioral and economic researchers, urban designers and planners, and religious groups are also grappling with ways to turn around our sobering collective trajectory. And, in what marks a significant shift, ecologists are recognizing that generating and distributing scientific data is not enough. They see the need to embrace the social and ethical dimensions of scientific practice and to join with a wide variety of allies to solve these real-world problems. Psychologist Susan Clayton and co-authors review ways to encourage people to change a behavior that causes unintended damage. For example, old fishing lines that wash into the sea can entangle marine mammals, often leading to severe injury or death. A successful initiative invites anglers to dispose of their unwanted fishing tackle in specially marked bins placed in popular fishing areas. “The relative ease of performing this behavior as well as the large potential audience for the intervention makes it worth targeting,” say the authors.

Gregory Hitzhusen and Mary Tucker explore the potential of religion to advance Earth Stewardship.  “Religions play a central role in formulating worldviews that orient humans to the natural world and in articulating ethics that guide human behavior,” say the authors.

Often overlooked and undervalued, rangelands are subject to degradation, conversion to other land uses and fragmentation worldwide. Noting that rangelands support the livelihoods of some 1 billion people and provide the animal protein, water and other resources to twice as many, Nathan Sayre and co-authors argue that rangelands are in dire need of Earth Stewardship.

The next generation of scientists, Ricardo Colon-Rivera and colleagues, bring attention to the desire of an increasing number of graduate students in science fields to integrate civic concerns with their research.

Review article titles in the ES Special Issue below:

Global assemblages, resilience, and Earth Stewardship in the Anthropocene

The ecological imperative for environmental design and planning

The potential of religion for Earth Stewardship

Moving forward: fostering the next generation of Earth stewards in STEM disciplines

The Ecological Society of America is the world’s largest community of professional ecologists and the trusted source of ecological knowledge.  ESA is committed to advancing the understanding of life on Earth.  The 10,000 member Society publishes five journals, convenes an annual scientific conference, and broadly shares ecological information through policy and media outreach and education initiatives. Visit the ESA website at http://www.esa.org or find experts in ecological science at http://www.esa.org/pao/rrt/. 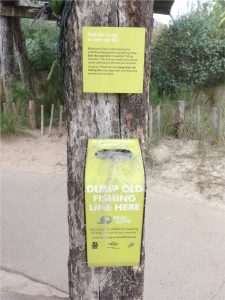