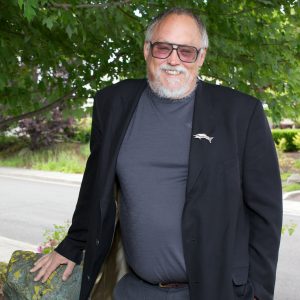 The Ecological Society of America (ESA) will present its fifth annual Regional Policy Award to Ken Bierly of the Oregon Watershed Enhancement Board during the Society’s upcoming conference in Portland, Oregon. The ESA award recognizes an elected or appointed local policymaker who has an outstanding record of informing political decision-making with ecological science.

“We are delighted to present this prestigious award to Ken Bierly for his long-term commitment to Oregon’s streams, rivers, wetlands and other natural areas,” said ESA President Steward Pickett. “His pioneering initiatives with the Oregon Department of State Lands in developing and implementing wetland regulations and Oregon Watershed Enhancement Board in developing tools for watershed management have enabled Oregonians across the state to use science to help improve and protect the rivers and streams of their communities.”

“I am greatly honored and stand on the shoulders of a great number of researchers, fellow agency staff and citizens of the state who deeply care about and wish to understand more deeply about our precious natural heritage,” said Bierly.

Bierly’s career ties in well with ESA’s 97th annual meeting theme: “Life on Earth: Preserving, Utilizing and Sustaining our Ecosystems.” For over twenty years, Bierly has distinguished himself as a state employee through his innovative approaches to restoring and protecting habitats. Accomplishments include: developing freshwater wetland legislation in 1989, formulating a science-based regulatory program for wetlands, guiding the expansion of the Governor’s Watershed Enhancement Board, and a key team member of Governor Kitzhaber’s administration in the development of the Oregon Plan for Salmon and Watersheds.

As part of the implementation of the “Oregon Plan,” Bierly oversaw the development of a science-based approach to evaluating the condition of the state’s watersheds. Bierly then advocated the development of local watershed councils – who used the assessments with assistance from technical experts to develop action plans for improving fish habitat and water quality in their communities.

Currently, Bierly is Senior Partnerships Coordinator at the Oregon Watershed Enhancement Board (OWEB), a state agency that provides grants to help landowners and others to restore or otherwise enhance natural resources in the state. The agency’s grants are funded from the Oregon lottery, federal dollars and salmon license plate revenue. His most recent responsibilities are to work with grantees and other funding partners in the implementation of three different long-term investments that are expected to produce defined aquatic ecosystem health outcomes in focused areas. These efforts include: a partnership with federal land management agencies to restore watersheds across public-private boundaries, a target initiative to address the necessary physical conditions to support the reintroduction of anadromous fish above dams on the Deschutes River, and a cooperative effort with the Meyer Memorial Trust, a regional private foundation, to make measurable improvements of floodplain and channel dynamics of the Willamette River.

About his work at OWEB, Executive Director Tom Byler states, “As OWEB has grown from its infancy as a grant-making agency, Ken has been an innovator, finding new and unique ways to invest in local watershed restoration. His ability to leverage OWEB funds with those from private and public partners has directly improved Oregon’s environment and benefited local communities.”

ESA President Pickett will present Bierly with the 2012 ESA Regional Policy Award at the start of the Opening Plenary Session on Sunday, August 5 at 5 PM in Oregon Ballroom 201-203 of the Oregon Convention Center. ESA’s conference is expected to draw a record number of participants, with well over 4,000 scientists, educators, policymakers and others attending from around the world.

Media Attendance
The Ecological Society of America’s annual meeting, Aug. 5-10, 2012 in Portland, Oregon, is free for reporters with a recognized press card and institutional press officers. Registration is also waived for current members of the National Association of Science Writers, the Canadian Science Writers Association, the International Science Writers Association and the Society of Environmental Journalists. Interested press should contact Liza Lester at gro.asenull@retsell or 202-833-8773 x211 to register.  In a break from previous policy, meeting presentations are not embargoed.