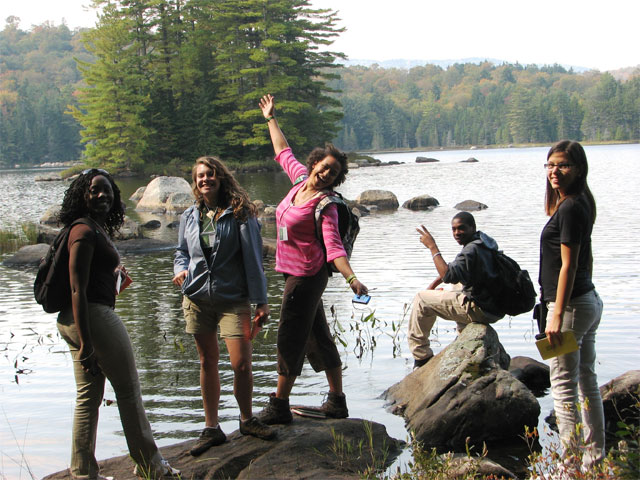 WASHINGTON, DC – The Ecological Society of America (ESA), a professional organization of 10,000 ecological scientists, will join 500 other scientific societies for the second annual USA Science & Engineering Festival on April 28 and 29 in Washington, DC. Hosted by Lockheed Martin, the free public event is expected to draw thousands of school children and their families. Its primary goal is to raise awareness and appreciation of science and engineering and encourage students to explore careers in those fields.

ESA’s booth (#245) will feature some of the plants and animals that inhabit the DC region as well as a game to learn about buried streams, the heat island effect and animal and plant interactions. In addition, kids and their parents can chat with ecologists such as Steward Pickett, an urban ecologist with the Cary Institute of Ecosystem Studies and ESA’s current president. Pickett also directs the Baltimore Ecosystem Study, a long-term ecological research site supported by the National Science Foundation and one of only two such sites that are in urban areas (the other is in Phoenix, Arizona).

“Many people don’t think about ecology in the context of cities,” says Pickett. “There’s still this notion that you have to go to a national park or other far-away places but, in fact, ecology happens everywhere–in rivers, agricultural fields and heavily developed urban areas. I’m looking forward to talking with kids who live in DC and its suburbs about ecology and how it’s relevant to them.”

In addition to 3,000 exhibits and a book fair, the USA Science & Engineering Festival will also feature science entrepreneurs such as the co-founder of PayPal and celebrities such as the hosts of the Discovery Channel’s TV series the MythBusters, Bill Nye the Science Guy, and actors from the Big Bang Theory.

More about the festival: http://www.usasciencefestival.org/

Scientific and engineering organizations participating in the 2012 USA Science Festival:http://www.usasciencefestival.org/about/2012partners#Professional_Science_&_Engineering_Societies