Leadership in Times of Profound Change 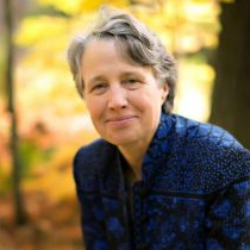 I began my presidency in 2020 by telling the Governing Board that our collective task would be to lead ESA forward in a time of profound change — change both within and outside the Society — and that we would need dynamic planning and strategic action. I cast our collective challenges, and our opportunities, in the context of the change about which we were aware at the time.

Inside ESA, after years of careful fiduciary guidance by Liz Biggs (ESA’s CFO), several cohorts of the Governing Board and ESA’s CEOs (first Katherine McCarter and now Catherine O’Riordan), we were able to grow ESA’s reserve account such that, for the first time in ESA’s history, we were poised to spend on reserves. We now were able to invest in forward-looking opportunities.

Also in fall 2020, ESA leadership took further action to create a more inclusive society and created a DEIJ Task Force charged to review barriers to full participation by all ESA members, to prioritize actions and propose metrics and a timeline for their implementation, to estimate the resources required to carry out those actions and deliver recommendations to the Governing Board. The task force delivered a final report of recommended actions, one of which was to initiate the ESA Excellence in Ecology Scholars program aimed at underrepresented early career scientists; four outstanding ecologists received scholarships as part of the first cohort. The task force also recommended creating a standing committee on diversity. The Governing Board responded by retiring the Committee on Education and Diversity and establishing two distinct Committees, a program committee on education and a board-level committee on diversity charged to advise ESA’s strategic DEIJ priorities and ensure the incorporation of DEIJ into all aspects of the organization.

In November 2020 we were on the cusp of monumental, forward change within ESA. By August 2021, we had not only created and adopted guidance for determining how much support was available to spend from reserves, but we approved a series of transformative DEIJ initiatives.

ESA held several events in 2021 to celebrate the 25th anniversary of the SEEDS program. Launched by an award from the Mellon Foundation in 1996 to increase the participation in ecology of underrepresented minorities, SEEDS has flourished over the years. It has evolved into a national model, and is a foundational part of ESA’s education initiatives. More than 1,000 students have experienced first-hand the excitement of discovering ecology through field experiences and leadership trips with peers and mentors.

To continue to support the program, our community celebrated SEEDS by generously giving when called upon to support the Henry L. Gholz SEEDS National Field Trip Endowment, including a challenge issued by our past presidents that resulted in $10,000 in matching funds. The Gholz Endowment also received a generous matching gift from Vicki Moore, in honor of her daughter and SEEDS alum Kendra Chan, to raise a total of $89,000 toward our endowment goal of $400K.

The other major internal change was in our governance — three-and-a-half years of exceptionally hard work and planning resulted in not only a much needed update to our bylaws, but new leadership opportunities for the membership as well. That the Council and Governing Board passed these changes unanimously launched us into a new era with hope and optimism.

Outside of ESA, the move toward open access/open data had — and has — us reimagining ESA’s publishing ecosystem in new, world-changing contexts. We began to wrap our minds around where and how impacts would be felt by individuals and the society. While it was and is clear that open access and open data have tremendous benefits for some, there are potentially large financial ramifications for societies, and even more problematic, an “author pays” model is likely to limit who can be published. Our serious concerns about diversity and inclusion impacts led to a workshop proposal (now funded) to explore the ramifications and potential solutions to this deeply vexing problem.

The COVID-19 pandemic raged on over the past year and continued to pose many challenges for ESA and our entire community. It underpinned cascading change outside and within ESA and resulted in what I trust will be the only year that was entirely virtual — from the 2020 through 2021 Annual Meetings. But, it was also a year of great accomplishments — and these accomplishments will provide the foundation for our ongoing dynamic planning and strategic action as we, collectively, lead forward, build upon, and leverage change.

Pages in this site 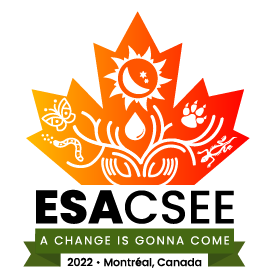