Due to COVID-19, ESA’s 2020 Annual Meeting pivoted to an all-virtual format in May. We are grateful to our meeting venue in Salt Lake City for their willingness to reschedule for 2026.

The theme for the 2020 meeting was “Harnessing the Ecological Data Revolution.” Calls for session proposals and abstracts encouraged contributions that addressed the opportunities and challenges of harnessing the data revolution to address pressing issues in ecology.

The 2020 Annual Meeting was originally planned to pilot online access of meeting recordings, which facilitated a quick full-scale adoption of a virtual platform and greatly expanded the quantity and variety of meeting content made available online. By going virtual, our first virtual meeting gave attendees the opportunity to engage with colleagues and the latest science in the time and place that worked best for them. As a result, 3,900 people from 53 countries (17% of attendees logged in from outside of the United States) attended, 45% of whom were students and only 57% of whom were members. Meeting attendees could access on-demand presentations at any time, including more than 500 invited talks, 1,200 contributed talks, and 1,100 posters. Registrants have ongoing access to talks and posters as well as content from 29 workshops, 11 special sessions, and 14 Career Central sessions. Recordings of 148 video discussions are available from the meeting’s live events.

All presentations featured an asynchronous text chat speakers and attendees could use to discuss throughout the week as time allowed. Attendees interested in live participation were able to interact with colleagues in real time during a full schedule of live content each day, including 5 plenary sessions, 3 panel discussions, and 20 networking events. To complement the on-demand content available, most of the invited paper sessions, workshops, and special sessions held live video discussions. All live discussions were recorded so attendees who missed participating live could watch later as their time allowed. To conclude the meeting each day, there was an hour of concurrent social events, including several concurrent networking events focused on specific topics related to each of the daily discussion panels.

The five plenary sessions and three panel discussions were closed captioned, including the live discussion for each of the plenary sessions, which required a live interpreter to attend each plenary Zoom session. Closed captioning for 195 prerecorded presentations (individual talks) and 39 live video discussions (Q&As) was provided by request. Attendees were able to request this accessibility accommodation through the meeting registration form. In addition to closed captioning, speakers were encouraged to provide transcripts for their recorded talks which they could upload as a PDF. The color scheme for the meeting web pages was chosen to follow recommendations to increase usability for low vision users.

The Scientific Interface Plenary on Wednesday, Aug. 5, featured a keynote address by Tashiana Osborne, Scripps Institution of Oceanography at the University of California San Diego, titled “Definition and Characterization of Extreme Rain-Snow Level Changes during the California Storms”.

Thank You to Our Sponsors 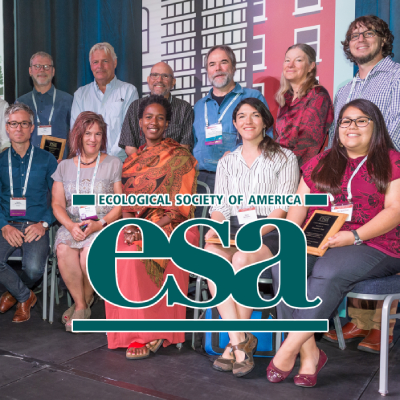 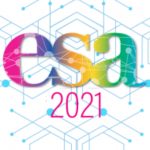 Will you be part of the 2021 ESA Annual Meeting? Our theme explores all of the ways that our science (and scientists) connect with the world. Be part of the action!